Seizing the Opportunity of Change 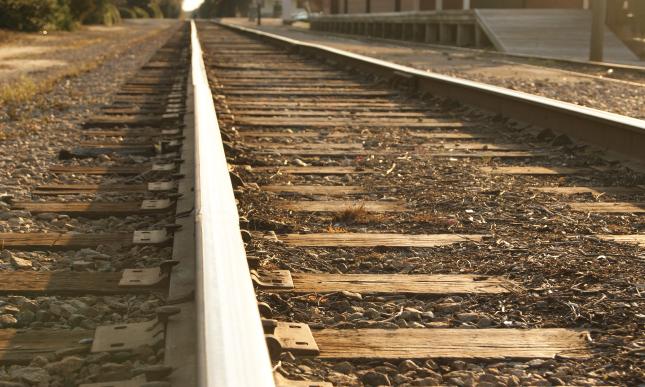 As a general rule, people are resistant to change, some more than others. Many argue that such reluctance is rooted in biology, that humans have a predisposition and built-in desire to maintain the status quo (even when the status quo may not be the best thing for them). The advent of technology has forced many changes upon the way companies conduct business, and it continues to force these changes nearly every day. Some changes are big, like the creation of the personal computer, the World Wide Web, and email, and some are much smaller and more subtle, although not necessarily less important.

People fear change because they fear uncertainty. There’s a comfort level involved in maintaining the status quo. You have the illusion of security, the illusion of knowing exactly how everything is going to turn out. There are two big problems with this philosophy:

Change should not be dreaded and it should not be automatically looked upon as a negative occurrence. It should instead be viewed as anopportunity, an opportunity for bigger and better things. An important aspect to remember is that the change itself doesn’t necessarily bring those things. In many instances, it’s how you react to the change that dictates what happens. Take winning the lottery, for instance. That would seem to be a positive change, but not if you react to it in an unfavorable fashion, ultimately causing more problems for yourself than what you had before you won.

Winning the lottery, a seemingly good change in and of itself, is only an opportunity for bigger and better things, not a guarantee of those things. Similarly, other changes, which might seem bad at first, could also be opportunities for bigger and better things, not an irreversible "death sentence" of dire consequences. It’s all in how you look at it and how you react to it. There was a movie released in 1986 titled The Dead Poets Society. It starred Robin Williams, and its central message revolved around living life to the fullest. The catch phrase for the film was "Carpe Diem," or "Seize the Day."

Change is yet another chance for you to "Seize the Day," whether that change is introduced through the evolution of technology or through other means. More specifically, you should seize the opportunity that change offers. First, however, you have to recognize that opportunity exists in the situation before you can seize it. There are plenty of opportunities that exist in the recruiting industry due to the changes that have been brought about by technology, and it’s one of these that I want to address more in-depth.

The evolution of recruiting software

One of the more sizeable changes that has occurred in the business world overall and in the recruiting industry specifically is the availability of software, designed to make a person’s life easier, more efficient, and more productive. When recruiting software was first introduced nearly 20 years ago, all packages were desktop-based systems. In other words, they were installed on your computer and stored on your computer, and there are many packages that operate much the same way these days.

As you might imagine, some recruiters were reluctant to make the change, to jump from their tried-and-true paper system for keeping track of job orders, candidates, and contacts to what they viewed as the "unnecessary" expense of a personal computer. However, in the long run, just about all of them saw the merits of changing their ways. (Although I am sure there is a recruiter somewhere who doesn’t use a computer and who is still successful at what they do.)

For many recruiters, the number-one consideration when deciding whether or not to implement new technology into their process is the answer to this question: "Will this help me to close deals faster and more efficiently?" If it will, then more than likely the recruiter will use it. When it comes to recruiting software, hundreds of thousands of recruiters have found that they can close more deals by utilizing it than by not utilizing it. And that’s one change that they certainly have no problem embracing.

However, during the past few years, recruiting software has undergone a change itself, which was inevitable, if you think about it. Software is making the transition from being desktop-based to being online, or Web-based. The reason for this, of course, is the growth of the World Wide Web, specifically its availability, the increased speed with which we’re able to access it, its ease of use, and its overall greater incorporation into our lives. The continued advancement of technology has allowed for the building of bigger and better servers, capable of housing enormous amounts of data in a completely secure fashion.

This is most definitely change, and it is certainly an opportunity. However, some recruiters don’t see it that way. Many who currently utilize desktop software view such a change with trepidation, much in the same way recruiters in the past viewed a personal computer with a certain degree of anxiety, and much for the same reason—a fear of the unknown. "What do you mean my data won’t be on my computer? That doesn’t sound safe to me. I don’t think that’s something I want to get involved with."

When you’re satisfied with maintaining the status quo because it feels safer than taking a risk to improve the quality of your business and quite possibly the quality of your life, you’re choosing not to grow. Online recruiting software is an opportunity to make your business more efficient, more effective, and more successful. The only obstacles to overcome are the fear of the unknown and a willingness to resist the false allure and comfort of the status quo. I’m here to help with the first of these obstacles.

The advantages of online software

While at first, using an online software solution may seem a bit daunting, the advantages and benefits of doing so are numerous. Although more benefits exist than the ones I’ve listed below, these are the most prominent and most important.

Technology is infusing our lives, both personal and professional, with changes each and every day. It’s impossible to stop. The only thing we can control is how we react to the changes. Will we view them as a negative, as something that will only detract from our attempts to cling to the status quo? Or will we view them as an opportunity, a chance to elevate our business, our firm, and possibly our lives, to the next level of development? The choice, ultimately, is an individual one.