Top Five Ways to Stay Out of Court 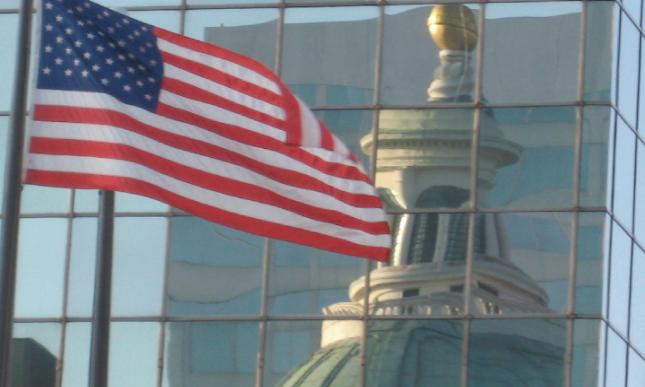 We live in the most litigious (i.e., lawsuit happy) place on the planet. Employment litigation is rampant. While employment lawsuits in Federal court may be declining in some regions, state litigation is exploding. And that explosion will become more dramatic as states aggressively add new employment laws on volatile topics like immigration. These laws present significant risks for anyone involved in the employment process.

What does that mean for you? It means you need to take action now to protect yourself. While there are many things you can do to prevent and respond to litigation, there are five particular things that deserve immediate focus.

Contracts between you and your client should clearly define who is responsible for what items in the relationship. The failure to do so is a common and fatal error. When there is a lawsuit, if the contract does not assign responsibility, a court is going to make the decision for the businesses, and that decision may not always be in favor of the staffing company.

For example, the liabilities for hiring an employee are more dramatic now than ever. Over 1,000 bills have been introduced at the state level regarding immigration. Some of those bills have significant monetary and criminal penalties. Different types of staffing/recruiting companies have different levels of responsibility on this subject, but there is a common thread of potential liability for all businesses in connection with these laws.

On issues such as immigration, among many other subjects, the contract should specifically state the client’s responsibilities. This should include an indemnity agreement, which means that the client must reimburse the staffing company for any costs arising from the defense of claims related to things which are contractually the client’s responsibility. Companies might also consider using arbitration agreements to minimize the litigation exposure with clients.

Client documentation is not the only important documentation. Staffing/recruiting companies should re-focus their documentation efforts with respect to employees/recruits as well. The type of documentation obviously varies depending on the nature of the company. Recruiters will have different agreements than a temporary staffing company that has an ongoing employment relationship with individuals it places at clients.

Anyone with at least one employee has to be concerned about wage and hour liabilities. Wage and hour laws encompass overtime, minimum wage, state mandated breaks, record keeping, commission calculations, and so forth. Wage and hour is the hottest litigation topic in the employment law world, resulting in record judgments throughout the country.

Commissions have been another common problem in the recruiting world. In most states, detailed commission agreements are not legally required for producers who are paid commissions. However, it is absolutely vital for agency management to have such agreements in order to protect the agency from costly commission claims.

Disputes regarding the manner in which commissions are calculated when an employee terminates raise important questions. Are pending sales, which are not yet closed, commissionable? If not, how is “pending” defined as opposed to “closed”? What about future sales on a client originated by a producer who has been terminated? Are there continuing commissions after the producer is terminated? While most agencies would say absolutely not, absent clear language on this subject in a signed agreement a court may make a decision on the issue that could be very disturbing for the agency.

In addition, employers should regularly audit time cards for time keeping compliance problems and for missed breaks that may be required by state employment laws. The payroll roster should also be reviewed regularly for potential exempt status misclassifications and related issues. Paycheck stubs should be audited to ensure they comply with state rules, as well.

Training has become a popular topic of state and federal regulators. Some states actually require training on harassment and discrimination (e.g., California), while other states provide significant liability protections to employers who provide training.

The connection between training and liability management is very significant. For example, if a recruiter speaks negatively of a former candidate in conversations with other recruiters or clients, and the comments lead to a defamation lawsuit, the agency is in a supremely better legal position if it has trained its recruiters on such subjects.

Employment practices insurance has evolved significantly in recent years. Coverage is now available for liabilities that previously were simply uninsurable, such as wage and hour liability. High deductible policies are relatively inexpensive for the coverage available, as well as more comprehensive coverage that may be well worth the cost of the coverage. Talk to your insurance broker to review your coverage, and you may be able to sleep a bit more soundly at night.

All employers should evaluate these top five issues, as well as overall compliance on a regular basis. Just as it is a bit late for a preventative physical exam once someone is in the hospital, it is a bit late to consider the top five issues after a lawsuit is filed. The time to review practices and procedures is now, before the lawsuit process-server knocks on your door.