Where are the Women in Tech? 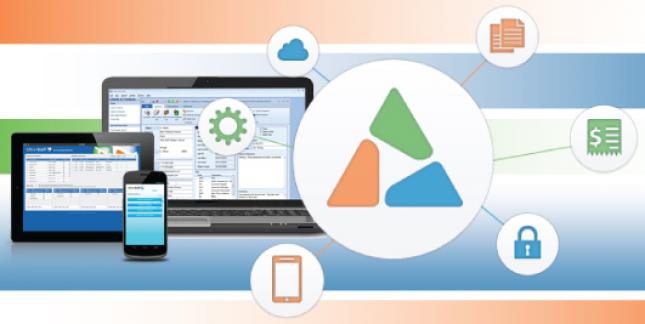 According to the National Center for Women Information Technology (NCWIT), the U.S. Department of Labor estimated that 1.4 million computer related jobs would be available in the U.S. between 2010-2020. At current graduation rates for Information Technology, we can expect to fill only 32% of those jobs with U.S. Information Technology graduates. The NCWIT further states that although women hold about 57% of professional occupations in the U.S., only 26% of computing occupations are held by women. Even worse, only 3% of those jobs are held by African-American women, 5% by Asian women, and only 2% by Hispanic/Latino women.

The computing industry is failing to attract women to the field and sadly retention is poor. Women are leaving the industry at staggering rates, according to the NCWIT. Overall, the number of people graduating with computer or information science degrees has been steadily decreasing since 2004. There is a severe shortage of talent in IT. Salaries for .net programming and other popular technologies are the highest ever and the need for developers is rising. Companies are in near crisis mode as they fight to retain and attract IT talent. American women with computer science degrees can help fill some of these gaps.

Personally, I have been a woman in IT since the late 70’s when I graduated with a business degree and the MIS Manager at the company I worked for noticed I had programming on my resume. At the time, I was only making a summer pit-stop before pursuing further education in interior design. Struggling with a shortage of programmers even at that time, I was made a very lucrative offer as a full-time programmer, which I accepted. I never thought I would stay in the field, but as the years wore on I realized I was destined for a career in IT. Oddly, it wasn’t my passion but the money was good and the opportunities were like none other for a woman in the 80’s.

The software development career path led me to work with managers and co-workers in a highly male dominated field. Even from a client perspective, all upper management and power lunches that I was included in featured a roundtable of suited men with one petite suited woman – me. I never actually thought much about it. My opinions and work were always highly respected. The knowledge of software and the creation of highly necessary business programming provided a “20 something” woman with opportunities that I could have never had in most other fields. Besides being highly compensated, the work was challenging and I worked with business executives at the highest level.

One of the best things about software development is that you are filling a business need. To sit across from major players at top companies and work with them to develop software that will make their business better is an amazing experience. Further, technology is exciting to work in because there is always something new to learn and some new development perspective to take.

I encourage developers to take a field trip to visit users that are performing their daily tasks utilizing the software that the developer wrote. There is no better feeling than watching people doing their jobs or playing a game using something that you made. Further, if you work for a national software manufacturer, there are people all across the nation in many companies and offices or homes using something that you produced. It’s like a song that people listen to everyday and enjoy. As a software developer, you can create a program that is utilized daily and enjoyed.

Software developers create tools that make the world more efficient. Companies rely on software to cut costs and increase revenue and profitability. The career path for software developers is wide in range and offers a host of benefits, including some of the highest salaries. The field of IT is broad and there is a need for IT Managers, Designers, Team Leads, Programmers, Testers, and more.

Although I am a woman in IT, before analyzing some of the statistics, I never realized that there was such a lack of diversity in the industry. Even in my own company, we have a 4 to 1 ratio of men to women in the development role. That statistic is even worse when assessing incoming job applications.

There are solid reasons for women to consider roles in development. First, unemployment statistics are favorable for jobs in IT. Also, tech companies are generally profitable which means some extra job security. The work is very interesting, challenging and always changing. You can get creative. Job growth is steadily increasing. Highly competitive salaries are standard issue. There is no variance in pay between men and women in IT (for comparable experience, education, and skills). This was confirmed by a salary survey performed by Dice.com®.

Why aren’t there more women in IT? Good question. Working in IT can be life changing, and the first step for a woman conquering a development role is making the need for women developers known. Let’s get that pipeline flowing. College students should explore the field, talk to tech companies, and find out more about how coding is cool. The future of IT depends on it.