Are you burning a bridge? Employers, I'm talking to you! 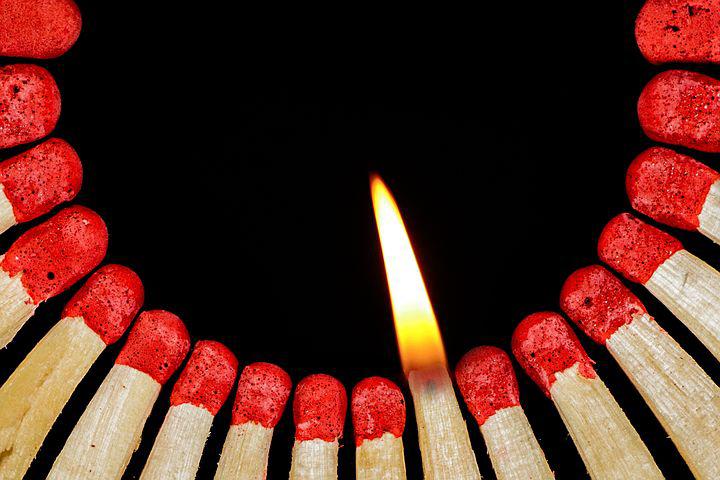 We’ve all heard the saying “don’t burn a bridge when you resign from a job,” right?

There have been many articles written about things to avoid so that you don’t burn that bridge if YOU are the one leaving your current company, whether it be not giving proper notice, giving your notice and then using the rest of your PTO to burn through that time (effectively leaving them high and dry), recruiting other employees to your new company, stealing supplies to fill your new office, or causing a scene when you leave and creating a “TikTok moment.”

There’s another side to the bridge, though…

As an employer, you should be incredibly careful not to burn the bridge with your employees.  It does not matter if they are leaving you or if you’ve asked them to depart.  You should still be conscious of how you treat them. Remember that reputations, or in this case, your company's reputation, is at stake.

There are several important things to consider when separating from an employee:

We are not robots or forms of artificial intelligence (at least not that I know of).  We are human beings.  Understand if someone is resigning, many times it is difficult for them.  They care about the people they are working with and they care about your company.  On the flip side, if you are terminating them, that is incredibly difficult for them because rarely were they expecting it.  Regardless of the situation, treat them with dignity and empathize with their situation.  You know that is how you would want to be treated.

If you follow the first tip of treating them how you’d want to be treated, there is a chance they may come back to you. The grass is not always greener on the other side.  We just don’t know that until we go look.  Things may not work out with their new gig.  In previous articles, I’ve discussed the “boomerang employee.”  If they are one you wish wouldn’t have left (or one you wish you didn’t have to let go), how you exit them out of the company will make a significant difference in the possibility they would even want to come back.

In the technological world that we live in, everyone has a virtual microphone.  And, through social media, they can either say good things about you, or they can say very bad things about you.  How you separate from them will go a long way in determining which message is spread.

In this same respect, if they are resigning from your company and you believe that it is purely an opportunistic move for their career, not that they think poorly of the company or the people they are leaving behind, ask them to write a recommendation message about their time with the company.  First, ask them to send it to you which will give you an opportunity to read it.  If it is good, ask them if they would mind posting it on Indeed, Glassdoor, and/or Yelp.  Those reviews are important for potential future employees.  And, if it isn’t good…well, thank them for writing it and ignore it.

Don’t speak negatively about them

I get it…you might be hurt that they are leaving.  It may be putting you in a difficult position.  Some of the team may have to work more in order for the needed work to get done.  But, 5 minutes before they resigned, you probably thought they were a good–even great asset to your team.  Just because they resign does not make them a good-for-nothing son of a beach (yes, play on words).  Even if you are exiting them out doesn’t mean they are a bad person (99% of the time).  So, there is zero need to speak negatively about them to their peers or your fellow leaders.  If you speak negatively about them to their peers, those very same people may wonder what you really think of them.  It may give them thoughts that they should look around as well. You will gain absolutely NOTHING by talking negatively about them.  All you will do if make yourself feel better for a fleeting moment.

Be professional and warm on their final days

No, you don’t have to throw a going-away party for every person who leaves you.  But, if they are serving out their final days, be professional and nice to them.  Not just because of the reasons mentioned above but because they are people.

Of course, if they were a truly valued employee who may have been with you for several years, consider having a luncheon or mini happy hour for them.  We do this for people retiring from the company (and have limited reason to come back) but we don’t think about this for those that could come back?

Speaking of those final days, make sure to let them know that you’ve appreciated the work that they’ve done for you.  If possible highlight a couple of things that really stood out.  You’ve kept them with you up to the point they resigned/you had to terminate, so they must have done some good things.  You should be deliberate in showing your appreciation for them.

After they’ve left your company, create a follow-up schedule so you can see how they are doing.  Check in on their special occasions (birthdays, kid's birthdays, etc) as well as 30/60/90 days after they have left.  These follow-ups may be the reason why they would either consider coming back to you, or whether they speak favorably about your company.

These are 7 simple things you can do to keep that bridge intact with those leaving your company.  The golden rule of “treat people the way you’d want to be treated” is so vital to you.  As an extreme example, you never know if you might need to reach out to that former employee to learn about an opportunity with the company where they landed!

Don’t ever burn a bridge!