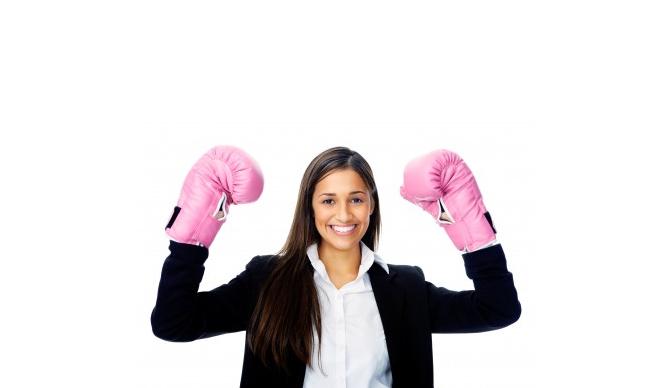 In an attempt at emasculation, people say things like:

“Quit being such a girl.”

“Why don’t you go put your big girl/boy panties on?

“Suck it up, buttercup.”

While some stereotypes have roots in reality, these are by no means a permanent condition, even when based on a kernel of truth. Women have proven they are highly capable at handling “traditionally male” roles that require assertiveness, tenacity, and fearlessly bucking the system and status quo. These abilities were always there. Today they are more noticeable as a result of many women practicing and owning these behaviors.

The same goes for men—we are capable of sharing our feelings, being fully present in conversations, asking someone their opinion (and actually caring about the answer), and taking the time to get to know someone before rushing to consummate “the deal” (both professionally and personally). We, the male of the species, do so, when and only when we accept, practice, and own these as good, right, and productive comportment.

I wrote my new book, Sales Yoga: A Transformational Practice for Opening Doors and Closing Deals, to promote better practices that help eliminate destructive and counterproductive attitudes and behaviors. Gender bias serves no useful purpose; learning from and practicing the best traits often attributed to each gender does.

The following aspects of the practice of Sales Yoga are three of the key elements of a better behavioral process.

“You know what we need? A 12-step group for non-stop talkers. We’re going to call it ‘On and On Anon.” – comedian Paula Poundstone

Like a hypnotist having his way with a member of the audience, I watched Carlos, a thirty-something recruiter from Kansas, woo a buyer into saying “yes” in a matter of minutes. But he didn’t stop there. Carlos kept talking, and in the next five minutes talked the buyer right out of buying. He went from something being just a possibility to becoming a “yes” to degrading to a “no”, all in just seven minutes time. That’s skill!

The gift for gab, the “skill” that Carlos used to enroll and then repel the buyer, is the nemesis of many in our business. He, like most others armed with this ability, came fully equipped with this trait from the “factory.” As his default operating system, he, like most other salespeople, was doing what he was built to do.

Just like computers need a software upgrade, so do people who sell. That’s where Mind Over Mouth comes in. This “software patch” leverages habit changing mechanisms to overwrite our natural tendencies to take way too long and use too many words to get across what needs to be said. Mind Over Mouth is not about using your “will” to force yourself to stop talking so much. It’s about using your “want” to facilitate yourself to start listening more.

Here are some questions that will help you create a plan of action to engage Mind Over Mouth. Ask yourself:

What was a time I successfully changed a habit? Did I stop smoking? Stop showing up late? Stop ordering dessert at restaurants?

What was the key to my success? What did I do that helped me keep my commitment to myself to turn over a new leaf and do things differently?

How did I motivate myself? What rewards did I promise myself?

In the long term, we respond better to rewards than recriminations. Praise works better than punishment. By having a tangible way to measure and celebrate your progress, you can give yourself an incentive to overcome a life-long habit.

Presence is More Important Than Preparation

Preparation is often overdone or overrated. Surprised? If too much emphasis is put on preparation, recruiters focus more on what they have planned instead of what actually happens in the meeting with a hiring manager.

Recently, I watched an industry veteran I work with conduct a masterful sales meeting. Alex’s mastery had nothing to do with what she planned on selling or what she planned on saying. She was prepared just enough to understand the client, their company, and industry. What made the meeting brilliant was her presence in the conversation; it was like a spontaneous, beautiful dance that incorporated some choreography where it fit into the conversation. The buyer was incredibly engaged and showed visible signs of comfort and trust in this sales pro.

Alex, after the meeting, said, “I used to over-prepare, so of course I felt obligated to do all that I was prepared to do. Today, I spend just a bit of time reading and researching. The majority of my preparation is centered on being present during the meeting. I make sure I’m well rested, unrushed, and then I actually visualize myself, before the meeting, being fully present to what the buyer has to say. During the conversation, I employ those Integrative Questions you taught me to create a meaningful conversation for both of us. Since I started doing this, all of my meetings have gone well, even with managers who started out being standoffish.”

Sales Yogi’s (a practitioner of Sales Yoga) know that presence is more important than preparation, since their is no possible way to prepare for all of the possibilities. So, rather than spending too much time practicing what you’re going to say or even how you’re going to say it, practice presence in role-plays and mock scenarios. Great conversations come from presence and spontaneity, never from rigid choreography.

Every episode of the popular Star Trek television series introduces some kind of threat to the Starship Enterprise. When that threat occurs, Captain Kirk immediately orders “Shields Up” to protect the vessel and minimize any potential damage. The shield even has all kinds of gee-whiz modifications depending on the kind of attack they’re under.

Because of the negative reputation of some people in our business, many hiring managers and candidates have developed their own version of “Shields Up” to ward off unwanted sales “attacks.” These responses are meant to keep us at a distance and throw us off the sales trail.

While there are ten different sales shields, deferment is one of the most common:

- “I can’t make a decision until I discuss it with my spouse.”

- “Procurement is in charge of this. Give me your number and I’ll have her call you back when she’s available.”

- “Send me some information and I’ll give it some thought.”

Do any of the above sound familiar? While it’s often true that people need to involve someone else in a buying decision, deferment provides an immediate out and gives people a legitimate excuse or justifiable reason for saying, “Not interested.” It is also a frequent indicator that the individual is not the true economic buyer.

Are you tired of trying to navigate around Sales Shields? So is your team. At your next staff meeting, ask everyone to identify the Sales Shields they encounter most often. Ask everyone to put themselves in the shoes of their prospective customers so they understand how they feel. Acknowledge that your customers are busy and don’t like to be interrupted in the middle of a workday or a rare evening at home.

Next, discuss what would you like to hear that is so gracious, you would be inspired to “take the call” or spend a few minutes finding out more? What would be a non-invasive outreach you could use that would motivate someone to give you a few moments of his or her valuable time and mind?

Real men and women eat quiche, swear like truck drivers (when alone in the car so the kids can’t hear), cry during tear-jerker parts of movies, get their hands dirty, and hug their friends They also hang on every word said by a buyer and assertively ask for the order when they can provide what the buyer needs.

So, “man up” by assertively collaborating with buyers to help them access the value you provide. “Sell like a girl” by engaging in the best conversations you and the buyers have ever had, hanging on every word as though doing so is a precious gift. Because it is, for both of you.