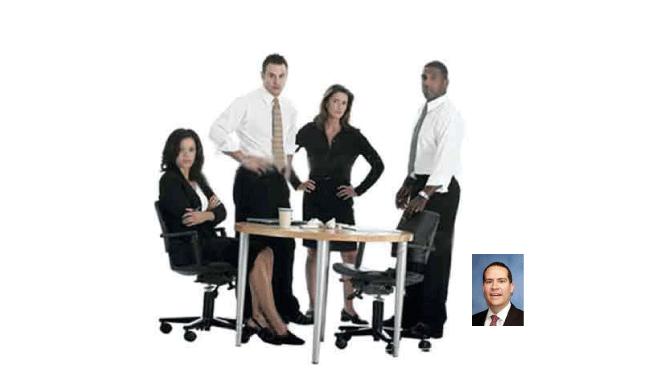 U.S. DOL Issues New Guidance Declaring that “Most Workers are Employees under the FLSA”

On July 15, 2015, the United States Department of Labor (“DOL” or the “Agency”) issued Administrator’s Interpretation No. 2015-1 which sets forth the standard the Agency will use to  determine whether a worker an “employee” under the Fair Labor Standards Act’s (“FLSA”).  Staffing companies and other companies that engage contingent workers should pay particular attention to the DOL’s recent guidance.  It demonstrates that the Agency intends to define who is an “employee” in under the FLSA in the broadest possible manner.  Based on this expansive reading of the FLSA, many workers who would be properly classified as independent contractors under other laws (e.g., IRS regulations, unemployment laws, etc.) would be considered employees under the FLSA.  As a result, companies that “suffer or permit” employees to work may be required to comply with the FLSA’s overtime, recordkeeping, and minimum wage requirements.  Companies that fail to heed the DOL’s warnings could be liable to employees for back overtime wages, liquidated damages, and attorneys’ fees.

The FLSA, which was originally enacted 1938, is a federal law that generally requires employers to pay all covered, non-exempt employees time and a half for all hours worked in excess of 40 hours per week.   The law also requires employers to pay employees a minimum wage and maintain accurate records of all hours worked by their employees.  Under the FLSA, an individual is considered to be an “employee” of an entity that “suffer[s] or permit[s]” the individual to work.  The FLSA’s broad definition of the term “employ” has been around for over 75 years but courts have interpreted it in a variety of ways over the years.

In Administrator’s Interpretation 2015-1, the DOL takes the position that an extremely liberal version of the “economic realities test” should be used to determine whether a worker is an employee or an independent contractor under the FLSA.  The focus of the test is whether the worker is economically dependent on an employer.  If the worker is dependent on one employer the Agency will consider the worker to be an employee.  Conversely, the DOL will consider “workers with economic independence who are operating a business of their own” to be independent contractors.

The economic realities test generally looks at six factors: (1) the extent to which the work performed is an integral part of the employer’s business; (2) the worker’s opportunity for profit or loss depending on his or her managerial skill; (3) the extent of the relative investments of the employer and the worker; (4) whether the work performed requires special skills and initiative; (5) the permanency of the relationship; and (6) the degree of control exercised or retained by the employer.

The DOL has explained that each of these factors must be “examined and analyzed in relation to one another, and no single factor is determinative.”  The Agency has also emphasized that the “control” factor should not be given undue weight.  This is meant to distinguish the “economic realities” test from the “ABC” test in which the amount of control exercised by the putative employer is the most important factor.  Many states use the ABC test to determine whether a worker is an employee for under their unemployment and short-term disability laws.  Finally, the DOL has stated that: “[t]he application of the economic realities factors is guided by the overarching principle that the FLSA should be liberally construed to provide broad coverage for workers.”

The DOL takes the position that certain issues have no bearing on the determination of whether a worker is an employee.  First, the DOL has stated that “an agreement between an employer and a worker designating or labeling the worker as an independent contractor is not indicative of the economic realities of the working relationship and is not relevant to the analysis of the workers’ status.”   In addition, the issuance of a Form 1099 (as opposed to a W-2) has no impact on the economic realities test according to the DOL.  The Agency explained that a 1099 “simply indicates that the employer engaged the worker as an independent contractor, not that the worker is actually an independent contractor.”  Finally, any form of release signed by the worker would be ineffective because “an employee is not permitted to waive employee status” under the FLSA.

The Agency also provided specific guidance on the ways in which it will interpret the six factors listed above.  With regard to the first factor, whether the work is an integral part of the employer’s business, the DOL explained that “[w]ork can be integral to a business even if the work is just one component of the business and/or is performed by hundreds or thousands of other workers.”  As for the second factor, the opportunity for profit and loss, the key is whether the worker’s managerial skills create the opportunities.  According to the DOL, the worker’s ability to work more hours is not relevant because employees and contractors both earn more from working more.  In connection with the third factor, the Agency opined that investing in tools and equipment is not necessarily a sign that the worker is an independent contractor.  The worker’s investment must be “significant in nature” and its magnitude must be “relative to the employer’s investment in its overall business” to weigh in favor of independent contractor status.

If your company engages workers on a contract basis and/or supplies contingent labor to other companies, you should carefully review the status of your workers in light of the DOL’s recent guidance.  In addition, you should conduct internal audits on a periodic basis to determine if the status of any worker has changed.  Due to the fluid nature of the DOL’s six-factor test, a worker’s status can easily change for reasons that are outside of the employer’s control.  For example, a worker who at one point had an independent business can become an employee if that person becomes economically dependent on one employer.