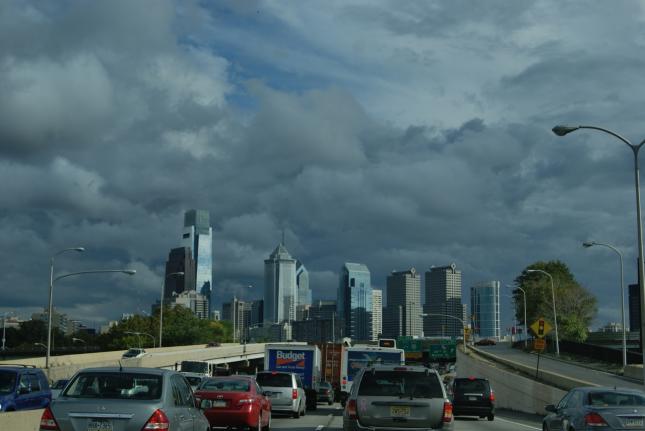 Following the Great Recession several years ago, relocation was a huge issue for recruiters. That’s because many candidates were “underwater” on their mortgage, the housing industry was in shambles, and the prospects of selling one’s home (at least for a profit) were slim to none.

Now in 2017, relocation is nowhere near as much of an issue. However, it’s still a consideration and can still present challenges for recruiters during the placement process. The main reason, though, is not that candidates aren’t able to sell their houses for a profit. It’s that candidates are, by and large, fearful of change, especially when it comes to moving both themselves and their family.

And the last part of that sentence represents one of the biggest challenges when it comes to relocation of candidates: family.

As an example, I was listening to another executive search consultant tell a story earlier this year. That story was about why his candidate couldn’t relocate. The reason? He and his wife were currently enrolling his daughter in kindergarten. This candidate passed up an opportunity that could better his career and the quality of life for his family because his daughter was about to enroll in kindergarten.

That sums up the challenges that recruiters are currently facing in regards to relocation.

If you’ve been a recruiter for any length of time, you probably have similar stories. Perhaps a candidate turned down an opportunity because their spouse didn’t want to relocate. Maybe a candidate turned down an opportunity because their teenage daughter didn’t want to relocate. (I didn’t realize that children ran their parents’ households to such an extent, but the kindergarten story brought that apparent reality into focus for me.) My parents moved when I was a junior in high school, and I didn’t have a choice in the matter.

So while the state of the housing market no longer stands in the way, candidates’ fear of change and the involvement (and influence) of their family in the decision-making process present formidable challenges. So . . . how do you overcome them?

What follows is a five-step strategy for overcoming these relocation challenges:

#1—Sell everything else about the opportunity.

This is the first step in convincing a candidate to relocate. Essentially, they must believe that relocating is worth whatever grief is involved in relocating. In other words, they should want the job more than they don’t want to relocate.

• The company itself, if there is prestige associated with employment there

• The company culture, especially if it’s a better fit for the candidate then the culture at their current employer

• The opportunities for advancement within their potential new employer

In short, make this opportunity too good to pass up. Do your best to make the candidate desire the position. Wherever their desire is the greatest, their actions (or inactions) will follow.

#2—Put the situation into perspective for the candidate.

Candidates often think more about short-term comfort than about long-term considerations. That’s why you must get the candidate to think about what is most important for their future (and not just their immediate future). Ask them what is more important—staying in a certain location or focusing on their career growth and satisfaction?

Remind them that unless they plan to retire with their current employer, then they’re going to take a job at another organization eventually, anyway. Sometimes people have to go to less desirable places in order to further their career. That certainly doesn’t mean that they have to live there forever or retire there. You often have to mold a candidate’s mindset and alter their perspective to help them see the value of relocating.

I recently placed a candidate in a position in a city he didn’t like. How did I do that? We found him a city about an hour away that he did like, and now he commutes an hour to work every day and an hour back home. While he didn’t desire the job enough to live in the same city as the job, he did desire it enough to commute two hours every workday. Problem solved.

The sting of moving to another location is lessened when somebody else is paying for it (or at least paying for part of it). Of course, it’s not always possible to convince the client to pay for relocation expenses, but it’s easier if it’s a candidate that they really want.

And if they do agree to pay for expenses, you can use that to convince the candidate that the company wants them badly. Never underestimate the importance of making the candidate feel wanted. It can be a major factor in making them desire the position.

#5—Close not just the candidate, but the whole family!

While the economy is in much better shape than it was in 2008 and 2009, there are still plenty of challenges when it comes to successfully relocating candidates. However, it can be done if you have a plan and a strategy for doing so. Without devising that plan and strategy and then executing it, you’ll likely close fewer deals and make fewer placements.

And that’s bad news for any year, no matter if we’re in a recession or not.