Don't Let the Internet be a Crutch 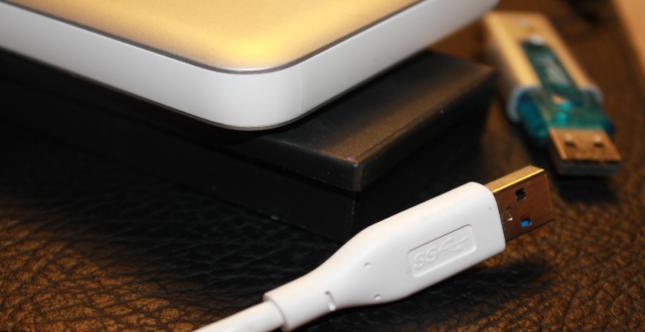 In previous articles, I have continually put forth the idea that relying on the databanks, which we will call resumes.com, for the purposes here, is to essentially be throwing away revenue. Unfortunately, those types of people, profiles, if you will, that enjoy resume banks for their candidates, are not always as adept at true recruiting. Let’s explore that concept for a bit.

The best definition of recruiting I have found is, “Contacting an individual to interest them in this or some other opportunity, now or in the future.” Cold call recruiting means an additional caveat: the individual is not looking to make a move. Too many recruiters rely on the former, and totally leave out the latter statement. After all, they say, it is too hard to control someone who is not looking... ahhh, and therein lies the key to recruiting. Control.

From an Internet resumes.com view, anyone who puts his or her resume on the ‘net for the purposes of shopping for a new job should be easy to control. After all, the recruiter holds the ‘best job in the world,’ and the candidate will have to what, jump through hoops to get it? Don’t kid yourself. The strongest controls are set when a candidate had very few other options, and, on the resumes.com sites, there are too many variable, both in job opportunities, and other recruiters bending their ears. Every new influence is a chip off the control block, and too many of them destroys your control altogether.

As you may know, there are three ‘C’s in recruiting, and, for that matter, marketing, but let’s limit it to recruiting a minute. Control, Co-operation and Commitment. Co-operation is easy if you happen to have the ‘best job in the world’ to offer, and the process will take little time or effort on the candidate’s side. A Commitment to make a move is more difficult, from variances in the marketplace to difficulties with those ‘other’ recruiters. And both of these, are, once again, strongly related to Control.

Of course, we do not want to force people to make a move when it is not in their best interests. But when we know it is in their best interests, and there is something keeping them from making the right decision, we need to know what it is. And, hopefully, we did not invite it. And that is the theme here today. If we choose to work primarily with available resumes.com, we invite the problems. We attempt to overcome the difficulties by making more calls, having more candidates in the loop and so on. Good things, of course, but there is always that nearly invisible wall on the candidates’ side that keeps you slightly at bay.

Of course, even cold recruited candidates are not easily controllable. But, if you can move quickly, assure them of your selflessness and deliver what they need or want, the control issues from other sources are limited dramatically. Let’s explore some of the control issues in true recruiting, to see if these might help. They may work in the resumes.com world, but limited, because, after all, the theme of that bank is to get as many contacts at possible.

A truly busy individual does not, surprise, surprise, want to talk to a recruiter. Now, true, with education and experience over the last twenty plus years, more and more people understand that it is in their best interests to have a tie to someone who has their fingers on the marketplace. So, that is an easy sell. But what prevents them from talking to EVERY recruiter? Relationship building.

I train hundreds of recruiters across the country, each year, to develop relationships in a systematic, mildly controlling manner. What does that mean? Planned relationships are our best weapon, because, despite the misgivings or even, downright antagonism of a contact, we can win them over. Once they decide they like you above all others, it is much easier to process and package them for later placement. And this cannot be done at all in the resumes.com world. There simply is not enough time.

The basic idea is a once a week contact for four weeks, even if by voice-mail, with minimal attempt to sell. Of course, in the initial approach, we mention a new opportunity and so on. But we must not make the mistake of coming back and hammering on them to move. The second, third and even fourth calls are more aligned with seeking the contact’s help, or offering something they may not be aware of, regarding the marketplace. This helps drop their guard and begins to develop more than a casual acquaintance between the recruiter and the contact. After four calls, the rate drops to once a month. There are some psychological aspects as to why we must do the once a week for four weeks, but it is interesting how many times the contact quickly depends on the once a week call. The response after a month away, without a call, has them asking, almost panicky, “Where did you go? I thought you wrote me off!” or words to that effect. Think the controls might be slipping into place? You bet.

The litany to make this work is easily remembered: “Once a week for four weeks, once a month thereafter.” Keep in mind that you cannot do this for everyone, for the numbers will get out of sight very quickly. There are four reasons why a recruiter should stay on a contact as long as necessary. See if these make sense to you:

1. You know very little about him or her.

2. Potential for great candidate, already with the three ‘C’s, above.

4. New job, new title, new placement- all of these have their triggers to move.

Unfriendliness, or worse, is not on that list. And yet many candidates slip through the net based on an emotional reaction by the recruiter.

So, how does this planned relationship help? A true example will help. In the late seventies, early eighties, I followed this program to the letter. The first few contacts with a senior manager at a west coast bank were very short, indeed. In fact, my notes indicated an ‘aggressive’ contact, three times in a row. On the fourth, he gave me two leads. I placed one of them and he was pleased and surprised. He gave me a job order on the fifth contact, maybe 8 weeks from the initial call. I did not make a placement with him until some six months later, but he liked me, by then, I guess, and we kept trying. Some FOUR YEARS later, I had earned a total of $199k from him and finally placed him in another bank for an additional $22k!

In my typical congratulatory lunch, I asked him why we had worked so well together, and reminded him of our early contacts. Laughing, he said, “You were the only recruiter who ever came back!” An interesting concept, indeed.

So, the three ‘C’s. Did they get in place? Eventually. Did they bear fruit? Oh, yes. Would most recruiters have walked away in the first or second call? Yes, again. And I have trained many hundreds of recruiters to adopt something I call the tickler system to win over contacts, on either side, candidates or clients. And they have been very successful in it, except that one area, Internet recruiting. Once again, if the candidate is eager to move, willing to talk to too many others, or too much influence, this is not going to work well. And that which does not work well is lost revenues. Much more on this and many more tips and techniques in my new Online Campus© training center, available at peacsystem.com. Free tour available.

At the minimum, teach your people to be capable in both arenas. And then we can rebuild this market to what it was, many times before!