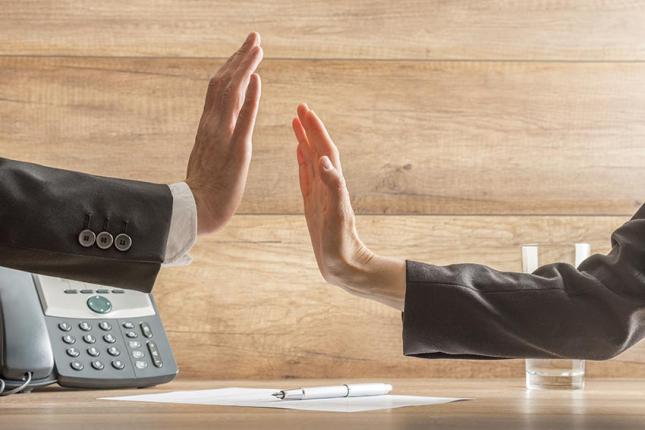 As we reach the closure of the first quarter, many companies take stock in first quarter results, reviews, and staffing. It’s a great time for looking at how 2019 is shaping up in employee engagement.

Employee feedback is the core of personal and professional growth. Feedback can help an employee get better at what they do, and surprisingly employees really do crave feedback. There is ample sentiment that most managers don’t provide enough feedback, and when they do, they either make it too negative or are too vague in their efforts to correct issues while trying to keep a positive tone.

Many businesses are rethinking their performance management processes, seeking to replace the scheduled interval of backward-looking performance review with more frequent and situationally specific discussions. For the most part, employees often don’t get enough feedback, and that when they do, the feedback is spread from experiences over a long period of time- and too general in nature. As simple as it might seem, giving regular or frequent feedback is incredibly complex, because of how delicate we are as humans.

Some companies have gone so far as to declare feedback to be a failed process.

Most, however, recognize that honest information that is both positive and negative, can have huge benefits if it is delivered in the right way. Helping employees grow will not only make them happier and more engaged, but it will make them provide better service to customers. Teams with strong communication often lead to more profits that are found in loyalty, referrals, and positive team dynamic. However, without a good feedback flow, the feeling among many employees is that managers don’t care enough about employees to genuinely want to make them better.

Some points to consider in gathering feedback build on utilizing the process to grow your employee reviews to be more balanced, and encourage a positive environment and culture.

Shift from a “push” perspective, to one of “pull.”

The aging concept is that the manager is totally in the driver’s seat. The common unstated belief is that feedback is like water, in that it should always flow downhill. The consequence is that the person in control of the timing and the nature of the feedback is the management.

Recent studies suggest that if that assumption is flipped on its head, good things will happen. Engagement opening dialogue to come from employees completely changes the emotions that surround receiving feedback or coaching. That is not to say that the management should never give feedback. There are times and topics about which direct reports are not likely to be the driving force.

Managers who ask for feedback often find the dialogue more effective than those who only give feedback to their direct reports. There is no question most everyone can appreciate managers who provide them with praise and recognition.

Employees also are grateful for constructive messages delivered with positive engagement and energy. However, leaders who ask for feedback have employees with engagement as it builds a teamwork approach- rather than a one-sided engagement.

Managers who engage with ‘upward’ feedback have stronger team dynamics.

While the personal variations in teams produces varying results from the act of asking for feedback directly from employees, the positive potentials exist:

• Employees potentially receive suggestions without becoming defensive.
• Stronger teams display a willingness to change based on feedback from others as compared those who are simply given directives without allowing upward engagement feedback.

• Dedicating more time and effort to developing others.

• Listening to others with a desire to understand them.
• Looking for opportunities to recognize and reward the accomplishments of others.
• Building other’s self-esteem.
• Giving credit to others who have performed well.
• Providing feedback in a way that others will accept.
• Asking thoughtful and open-ended questions.

If leaders more frequently ask others for feedback, it will begin to change the mindset about “push” and “pull.” In addition, encourage the message to all front-line people in the organization that if they would like more feedback on their work and their contribution to the organization, they should ask for it.

Imagine an organization where managers serve as excellent role models in asking for feedback from their teams and subordinates.

In a tight labor market, and with the desire to attract top talent who will be loyal in the market changes to come, creating leadership examples and positive engagement strengthens the culture of your workplace; because it sends the signal that no matter who you are or what your position is, we can collectively be better.

True leaders invite opinions and suggestions for their improvement. Rather than assuming that feedback is meant to only flow in one direction, it will become clear that feedback and coaching work best when it flows without restriction on which direction in the command chain the positive energy comes from.