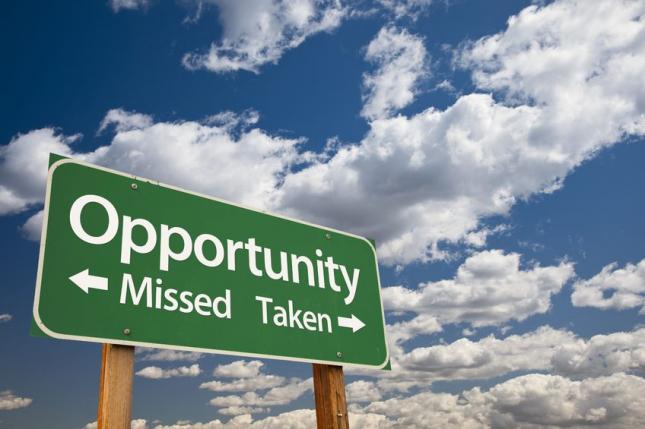 Did you ever take a job that was not up to par and made little money on it, or after you filled an order you said that if you only waited a bit longer you could have used your resources more wisely, or you didn’t take an order thinking a better one would come your way but it didn’t, or quoted a low price when you could have negotiated up after a bit more thought and kick yourself for being too eager?

These are some examples of opportunity loss. It is what you could have done better, considering other options. It is lost potential profit that was not realized if another course of action was taken leaving money on the table. It is the difference in not following a better course of action. Opportunity loss is not using ones resources more efficiently.

As an illustration, you are operating at 90% of capacity, be that services or production and have received an order that would fill your remaining 10% and therefore should be at capacity in 10 months based on your long tem growth of 1% per month. Your revenue is $1 million, with a 25% margin. Company X then gives you an order that would last 10 months at 17% margin. This is a 32% reduction in margin rates, which is rather high, but if you were to take that order you would add $170,000 in margin during that period. If you continued to grow at your normal rate in 10 more months you would add $137,500 as you build up volume incrementally ($5,000 in month 1, $10,000 in month 2 and so on). You would in fact have made an additional $32,500 in profit by taking this order. The opportunity loss here would not be taking the order and growing at your historical 1%, provided that this new business at a steep discount did not set a precedent that would lower your overall margin rate if other customers wanted lower rates as well and there were no other extraneous factors that could impact this situation.

After further analysis of your growth rate, you found out that more recent gains were running at 2% per month and was sustainable. That would mean that in just 5 more months you would be at capacity and after 10 months you would have generated $197,500 in additional margin which would change everything. If that were the case, your decision as you should be to hold out for adding business at a 25% margin and not taking the order. This would yield $60,000 in higher profit. You could then to ask for a 20% margin rate from Company X and if that were not accepted passing on it if that would not fly. What you then do when you reach capacity opens up another set of decisions.

The bottom line is to do the math and check your assumptions to make sure you have considered the alternative and avoid opportunity loss.

We will discuss how to determine what is happening in your marketplace.