How do I keep myself motivated at year-end 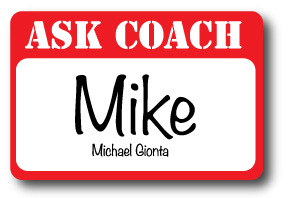 Question: How do I keep myself motivated?
~Robert – San Diego.

Thank you for that question; I will preface it by saying it is a common misperception. In all the years I have run my office and measured it in the most recent years with our clients, here is a little secret: the recruiters slow down. Meanwhile, the industry here in the States, or even Europe during the holiday season, keeps pace between Thanksgiving and Christmas.

How do I know that? One, I had the same limiting belief that the industry slowed down, and I took it easy. I did not keep my pedal to the metal while I was in the office, and we would have weaker Januarys and Februarys because of the activity hangover from December.

As you all know, any new job order you take at this moment, any first-time interview you arrange on November 30th or later, will likely not be cash in your bank until January or February.

I am not saying not to celebrate a great year. I am saying that if you are going to take time off, take time off and get out of the office. Do not let it drift over the next four weeks, where you have a tremendous opportunity because most of your competitors are slowing down. You have a chance for both a client and a candidate grab in a unique window of time other than the 4th of July here in the States. It is a great opportunity where people are probably not being called as aggressively by recruiters as they are in most other “normal” months of the year.

Again, how do I know that? I measure metrics. Those who follow me know metrics are the key to predictive income. When they are used correctly, they are the most liberating force you can have by implementing them in your business.

I began looking at historical data, and here is what I saw:

The recruit presentation to first-time interview ratio in December was almost identical, within hundredths of a point. The same level of activity generated candidates and the same level of marketing activity, the same number of calls, the same number of conversations generated, and the same exact number of job orders. If the ratio were 11 marketing conversations to 1 search assignment in October or November, it was the same in December and January. It did not shift.

Yes, some people slowed down their hiring process. Some of that stuff does slow down. That requires you, as a recruiter, to be a better project manager. But, the industry does not slow down. When I finally learned that, because remember I am a confessed slow learner and adopter sometimes, that was one of the pivot points in our business.