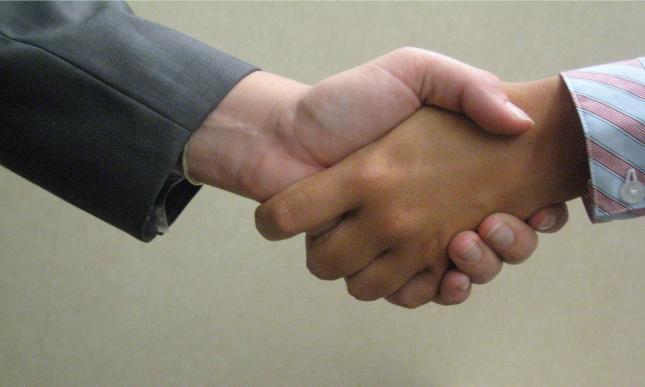 I constantly hear the lament of “Why don’t my new hires get it?  Why won’t they do the work?”   They often feel they have hired the wrong person.  Frankly, sometimes they have.  What often happens in reality is that recruiting firm owners hire some VERY talented people.  What happens next is that they ignore them, they do not give them the proper attention, and/or the big one is, they do not set the right expectations in the interview process and in the training process.  Ultimately, the owner then says “they do not get it” and they fire them or the new hire quits.

Like the old shampoo commercial, “wash, rinse, repeat”, we move onto the next hire often with the same or similar results. This lack of an internal, specific definition of onboarding success cripples the recruiting industry and has doomed it to an industry with very small firms and very high turnover.

When I ask people, “What does your training program look like?”  Most stumble through their answer.  The training programs are often fragmented, not formalized, and most often, not in writing.   In a vast majority of the situations there are no formal benchmarks, there are no expectations of when the new hire should be getting their first job order, or their first interview. There are no formal definitions of how many presentations a new recruiter should do.  Some owners do set expectations on daily call count, which is not bad, but it is still not the best solution that will lead to the most predictive results in the ultimate success of your new hire.

The worst definition of onboarding success I have seen is using a defined date to when a placement should be made.  For example, I have heard owners/managers say “If someone comes in my office and they do not make a placement in two months I fire them!”  With all due respect, that is INSANE!  Quick pop quiz: which recruiter would you rather have based strictly on the following criteria, nothing else?  You can have recruiter A who makes a placement in week three and arranges two interviews over an eight-week timeframe.  Or, you get to keep recruiter B, who makes no placements in eight weeks, but arranges 25 first-time interviews in that time frame.  Which recruiter do you keep?   Remember you only have one choice based ONLY on the above criteria.

While most owners/managers are not so drastic, the mistake most of them do make is that they instruct their new hires as well as their existing team focus on the one thing they can not control. The one thing we can not control is the placement.  Yet all we talk about is making placements!  We talk about placements incessantly. “What is the next deal?  Where’s the next deal coming from?  You need to make a placement soooon!”  This is this is a huge blind spot with many recruiting firm owners.

When we ask recruiters to focus on something that they can not control and that something, the placement, blows up for reasons beyond the control of the recruiter, it is natural for that recruiter to become incredibly frustrated.  We unknowingly put them in a position to question their own abilities because we create the illusion that we can control placements.  Sure, a good recruiter can heavily influence the outcome, but control it?  Absolutely not!

This focus on placements is one of the routes of the turnover issue and productivity issue in the recruiting industry.  Without explaining and tracking the defined metrics of what LEADS to a placement, i.e. calls… presentations… job orders…. first-time interviews, a new recruiter will feel they can not make placements.  If, on the other hand, you can tell them that historically in your office it takes eight first time interviews to make a placement and they currently have arranged ten to fifteen, it is up to you as the owner/manager to reinforce that the new hire is “due” for their first deal!

The only worse thing than not setting defined expectations is setting defined unrealistic expectations. Some owners/managers that do measure first time interviews have had new recruiters come on board and say to them, “I want five to eight first time interviews each week starting week three, four, five and six.”  I ask these owners “Is anyone in your office doing five interviews?”  And they almost always respond, “Well, no.”  I then continue, “Then why would you expect it of a new hire?” Response:  “Well, you have got to set the benchmark high.”  I challenge them that all they are doing is showing their new hire is that he or she is failing because it will be rare to achieve that goal.  Set people up for success!

In our office we do not have an expectation for any send outs weeks one and two.  Depending on the desk, sometimes it is one, sometimes it is none.  We just want to get one interview a week with some of these people.  And we back into what specific activity it is going to take to get that.

We make the same mistake with job orders, we give an expectation that not even our tenured people are hitting sometime.  And then, since the goal is so far out of reach, it becomes unachievable and nobody will focus the least bit on it.

There are a number of things you can do to avoid these mistakes. Now, I could do a weekend retreat on this, but in the scope of this article one specific strategy I recommend that you define in writing a successful first day, first week, first month, first quarter in realistic numbers. Numerical targets that your average new hire can hit, not your superstar new hire. Make sure they are minimum numbers, not “shoot for the stars” goals.  Then, tie those targets into the activities that create the revenue numbers.  Show them how presentations are tied to first time interviews, which are tied to placements.

What is your minimum activity number you will accept?  What does it look like exactly?  I challenge you to uncover this into and engineer them into your expectations for both your new hires and existing recruiters.  The benefits are two-fold.  One, you will drastically increase your success rates, decrease the amount of time to their first placement and two, if they consistently fail to hit realistic ACTIVITY targets you can cut them loose much sooner, saving you thousands in draw/salary and hours of time for you to focus more productively on your business.