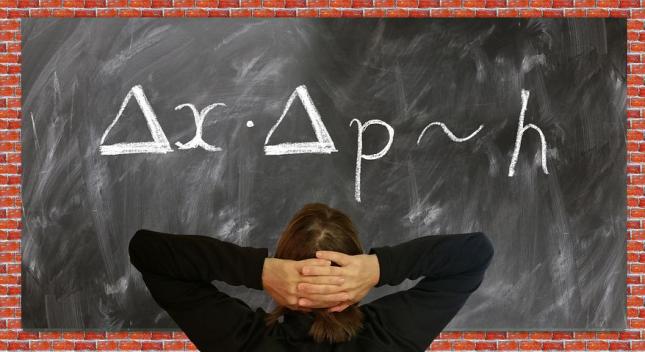 An Introduction to the Quantum Leap Theorems

In a Pinnacle Society meeting a few years ago, we invited Patrick Sylvester – President of Bannister International to be our guest speaker.  Pinnacle is a consortium of 75 of the Recruiting industries top Recruiters in North America and has meetings twice a year to review best practices.  We have the top Billers from all over – including different industries.   Our guest speaker Patrick has been a top Rainmaker in the world of Executive Search for over 25 years – bringing in 5-7 Million dollars per year himself.  Year after year after year.   At the time, that was 5-10X more than some of the top recruiters in all of North America in Pinnacle.

Patrick gave a riveting two-hour presentation going over his methodologies, philosophies and techniques that help him and his team do what they do.  In the question and answer period following the presentation - the other Pinnacle Members asked many questions.   Finally, a member trying to understand Patrick’s secret sauce asked Patrick – “What kind of activity Levels do you have daily, you know, how many calls, what type of phone time do you log day in and day out?”  The question was a good one because the paradigm for the top billers was a 4 -5-hour phone day, 50-80 Calls and 25 conversations.   The room became silent, everyone focused on the answer that could help them catapult their billings even higher.  Patrick paused for a moment, smiled and said – “I would be too embarrassed to tell you.”   Not the answer anyone was expecting.  I took Patrick aside afterwards and had a lengthy conversation with Patrick to understand.  He admitted to having very little phone time and phone calls compared to the other big billers.   He did significantly less actual work.   How?   How can one of the top 5 Billers in world – get by with doing less of what all the others must do?    The answer.   He had mastered the Quantum Leap Theorems in Executive Search.

This same holds true in every profession, sport or organization.   It holds true if you’re a Sales Person, CEO, Manager, Engineer, Recruiter, Professional Sports Athlete, Entrepreneur, Chemist, Doctor, Teacher as well as President of the United States.   The individuals who master their professions Quantum Leap Theorems – can get by doing less work and seeing 10-25X or more success than the average. Period.

After becoming discouraged by my lack of success in hiring college grads in my office for any of my businesses, I embarked on a project to research how to increase the effectiveness of high schools and universities.  After sorting through research study after research study from all over the world on the topic – I found out that there were many critical success factors of effective young adult education.   Some of the critical success factors mentioned include the quality of the material, learning environment, Time in School, Learning Methodology, and many more.  Those were all important – but there was only one standout Quantum Leap Theorem that I found.  The Quality of the Teacher themselves.  Research showed that the Quality of the Teacher - could increase the students passion and achievement in a subject by as much as 800%.  That’s 8xs.  You can probably think of a teacher in your life -  that helped you see those types of gains personally.   And it changed your life.

In Brad Smarts book “Topgrading, How Leading Companies Win by Hiring, Coaching and Keeping the Best People”, he states that the “A” Players (top 10% performers) in any given field will produce 8 – 10X more than the “B” Players (next 25% performers. Even in the top 35% of talent in any organization, the top 10% STILL produces 8 – 10 x more than the rest in that elite group.  How can that be?  To most – that may not even make any sense.   The top 1% in the Recruiting industry produce as much as 10x that of the next 5%.

In the last 4 weeks, I have had conversations with some of the industries elite top trainers, leaders and owners about Metrics and how to increase billings.   Most Managers and Industry Trainers have only one focus on helping you to increase performance.  It’s more Volume - More calls, More Send outs, More Presentations, More Hours, More conversations, more and more and more.  And a little skill set improvement.  Most want to you row harder and run faster.  That is important, but certainly will not  produce a Quantum Leap.

The Principle of Incremental Increase
Those above are all simply INCREMENTAL Measures that will net you the same in incremental increases.  That is the Principle of Incremental Increase.  If you increase your volume by 10% in anything, you should have about a 10% increase as a return.  However, at some point – it loses it effectiveness.  Meaning if you work 8 hours a day then increase that to 16 hours – you will not get double your effectiveness – due to the decreased quality of your work.

The Principle of Quantum Leap Theorems

The term Quantum Leap comes from Quantum Physics. In physics, it’s the movement of an electron from one orbit in an atom to another, sending out or taking on a photon in the process.  It’s a dramatic move that defies conventional science.   A move that doesn’t seem to take any additional effort.  A Quantum Leap Theorem is the specific things you need to do – to see huge leaps in performance without any increase in activity or volume.  And it typically measures a skillset.

To get results that are 2 – 35x better than what you are doing without additional volume – like the top 1% billers in the world and the top offices – the Principle of Incremental Increase falls short.  Way short.  For those types of increases in effectiveness, you need a Quantum Leap Principle.  Those specific things that can get you monster increases WITHOUT WORKING HARDER OR MORE VOLUME.   In Executive Search  there are 5 Quantum Leap Theorems that can be measured and implemented.