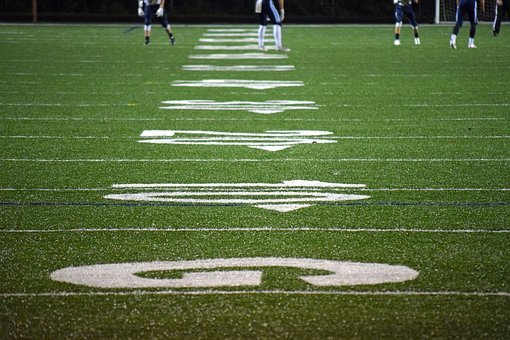 Recruiting is not a one-call close...

Recruiting is not a short sales cycle…

There is a very simple reason for both of these statements:  we are dealing with people.  Human beings have the ability to think about their decisions, to decide what they want or don’t want, and ultimately to determine what is best for them.

This holds true for both the humans we work with on the client-side and on the candidate side of the spectrum.

It’s exactly for this reason that I recommend playing the long game.  What does this mean?  While always trying to be persistent and have urgency, don’t try to force things.  If they are meant to be, they will happen.  By trying to force things, you may very well make a transactional placement, you will rarely build a relationship that can turn into many placements.

From the Client Side

I don’t know about you, but I have been in many situations over my 24 years in this business where I had the ability to slide a placement together that probably wasn’t the right fit.  Maybe you received a less-than-stellar reference … Perhaps you come to find out a candidate had additional jobs than were listed on their resumes and their tenure became less-than-ideal … Sure, you can make the placement and take the money and run, but are you serving your client best?  Are you serving your long-term career in recruiting best?  While it might be tempting to let information slide under the rug, it will rarely serve your client well, therefore won’t serve your relationship well.

If you share the appropriate information with your client (a human being), you are illustrating your professionalism and you almost immediately move beyond being ‘just’ a recruiter and into a consultant role.  You will be remembered for this.  People want to work with people they trust.  Yes, it matters that you can deliver talent.  But, if you can deliver talent, they like you and most importantly they trust you, you might just earn the keys to the kingdom!

I remember a situation in my early days in the business. I’m talking the 20th Century, folks! I was working a search to identify a company leader.  I found 3 highly qualified candidates whom I vetted and the hiring manager conducted an in-depth interview with each.  After the interview, they indicated who their top choice was and wanted to fly them in.  I was in the middle of conducting reference checks on all three so I suggested that I finish these and then make the arrangements.  Well...the references on the top candidate did not come back well. While I can’t give all the details, let’s just say that a federal organization that ends in “Bureau of Investigation” and the word that ends with --bezzlement were part of the issue… This was ‘their’ guy...This was a $35,000 fee.  While I could have swept it under the rug and let the process continue, my gut wouldn’t let me.  Once I let the hiring manager know, our relationship changed significantly.  He asked for my advice on many situations well beyond the scope of an opening.  I instantly built trust.

This trust holds true beyond just the company where your hiring manager works.  Statistically, that hiring manager will move on to another company (unless they’re the owner).  When they do, you have the opportunity to have this trust chain carried into the new company.  But, the same holds true if you do something unethical or semi-sleazy.  Remember that!

From the Candidate Side

If we do our job right, we will only get a candidate one offer.  They accept it and stay with their new company until they retire.  Sorry, I had to knock myself back into reality for a moment.  While this is the goal of the client, we know that people eventually move on.  They shouldn’t move on because of our doing, but they eventually move on. Sometimes it is to a lateral position with a different company that provides the growth they want.  Other times it is for a long-sought promotion.  That’s right folks.  They become a hiring manager!

You can work with professionals within your industry for many years. Just because you don’t have the right opportunity for them today does not mean you are done with them. If you do things right, you will be a network of contacts that you can call on for referrals, ideas and then maybe, just maybe eventually the right position for them.

I recently wrapped up a placement with a candidate that I had my first recruiting conversation in November 2019.  I remember talking with him one evening sitting on my lounge chair and knowing after the first 5 minutes that the role we were discussing wasn’t right for him.  But, I didn’t stop the conversation and say “you aren’t a fit, bye-bye.”  I learned more about him and what he would be looking for in a future role.  518 days later, he said yes to an offer with a dream job in the right location at the right compensation level!  I presented him the offer sitting on that very same lounge chair.  I’m sure many of you reading this have similar stories like this (maybe excluding the lounge chair part).

What’s the point of this article?  Play the long game with all of your relationships, both the hiring managers and the candidates.  Don’t force things for the sake of your sales ability.  Don’t burn bridges (that’s an article in itself). Do the right thing...always!

When you play the long game, good things will happen!

Chris Heinz is a Managing Partner with Westport One.  With more than 23 years in the recruiting industry, he has become a thought leader in both recruiting and the healthcare industry. He is an eternal optimist while still being grounded in reality. Chris is an avid endurance athlete running more than 200+ raises of all distances.  He has turned that passion into good by raising thousands of dollars for several charities.