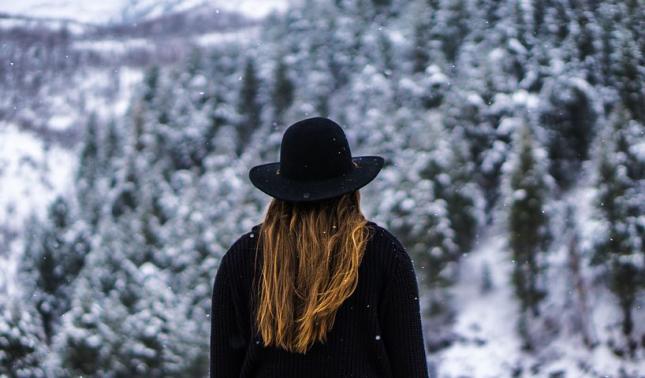 Right. It happens every summer: Offices turn on the air-conditioning, and women freeze into Chick-sicles.

There’s actually a study on this now- so it’s not just in our head, ladies. Yes, the office is cold- even if it is 90 degrees outside.

“Standard values for one of its primary variables—metabolic rate—are based on an average male, and may overestimate female metabolic rate by up to 35% (ref. 3). This may cause buildings to be intrinsically non-energy-efficient in providing comfort to females. Therefore, we make a case to use actual metabolic rates. Moreover, with a biophysical analysis we illustrate the effect of miscalculating metabolic rate on female thermal demand.”

What does that exactly mean? Gentlemen. We’re COLD.

Ask any female office worker, and she’ll show you her hoarde of throw blankets, snuggies, and sometimes even a little space heater, or (gasp) scarves and gloves. Tucked into our drawer in our desk, or file cabinet, or draped over our chair in layers.

Most office buildings set temperatures based on a decades-old formula that uses the metabolic rates of men. The study concludes that buildings should “reduce gender-discriminating bias in thermal comfort” because setting temperatures at slightly warmer levels can help combat global warming.

Physiology and clothing. The authors also note that the model is not always calibrated accurately for women’s summer wardrobes. Dr. van Hoof, who wrote a commentary about the study, observed that many men still wear suits and ties in the summer but many women wear skirts, sandals and other lighter, more skin-baring clothes.

So they propose adjusting the model to include actual metabolic rates of women and men, plus factors like body tissue insulation, not just clothing. For example, people who weigh more get warmer faster, and older people have slower metabolic rates, the study reported.

The men, meanwhile, did better at cooler temperatures, but their decrease in performance at warmer temperatures was not as great as women’s gains. (For the logic problems, the temperature didn’t seem to make a difference.)

For employers, these findings mean that by insisting on the subzero fridges you call cubicles, not only are you making half your employees miserable, you are also sacrificing productivity.

No wonder why grown adults — professionals nonetheless — are swaddling themselves in blankets during the workday — if a company wants to ensure a productive workforce, maybe it should consider turning up the thermostat to the mid-70s.

“People invest a lot in making sure their workers are comfortable and highly productive,” Chang concluded. “This study is saying, even if you care only about money or the performance of your workers, you may want to crank up the temperature in your office buildings.”

For some women, this study finally provides an explanation for why the creative juices flow so freely at tropical indoor temperatures. And unfortunately, it also means you should hang on to that summer sweater collection and clear out some space in a desk drawer.

It’ll tide you over until the day thermostat justice finally arrives.