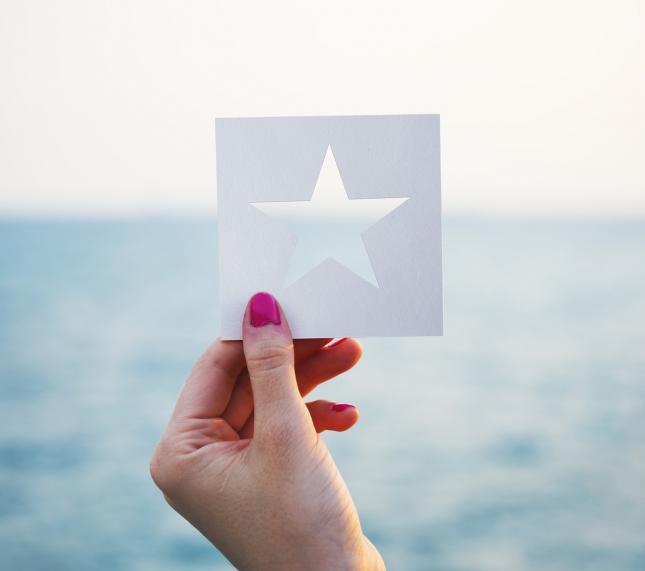 These announcements mark the beginning of National Staffing Employee Week, Sept. 18–24. The week honors the contributions of the more than three million temporary and contract employees who work for U.S. staffing, recruiting, and workforce solutions companies during an average week.

Bourgeois works with children in the St. Louis public school system as a speech language pathologist through her staffing firm, Supplemental Health Care. Due to the flexibility that staffing offers, Bourgeois can ensure that her husband and two young children come first, while also meeting the needs of her students—all between the ages of three and seven. Bourgeois’s students’ special needs cover a wide range of speech-language issues and disorders. More than half have a developmental disability, such as Down syndrome or autism, and struggle to interact with others and participate at school or home. By working on their articulation and intelligibility, Bourgeois helps her young students find their voices and participate more confidently in social settings. She has developed close relationships with several of her students and their families, and considers herself fortunate to be able to make such a difference in the lives of so many children.

“I am truly honored and humbled to be named the National Staffing Employee of Year, and hope that my personal story is inspiring to others considering staffing employment—especially to those working mothers trying to manage the delicate balance of career and family,” Bourgeois said. “I am so grateful that my choice to work as a contract speech language pathologist allows me to effectively meet the needs of my own young family, while continuing to provide the high-quality support that the children on my caseload deserve.”

Engineering, IT, and Scientific Sector All-Star
Fawaz Joseph
Joseph immigrated to the U.S. from Nigeria at the age of 12. After he earned a computer science degree from Bowie State University in Bowie, MD (where he is now pursuing a doctorate in this field of study), ettain group placed him on assignment with the Financial Industry Regulatory Authority in Rockville, MD, as a development tools engineer. Joseph thrived at FINRA and bridged to a permanent position during his second assignment. While he was a contract employee, Joseph and his recruiter developed a strong relationship—and the two remain friends to this day. His staffing company thought so highly of Joseph that he was invited to be a technical screener for new candidates, and he continues to work with the firm in this capacity on his own time.

Snowden is a temporary employee of Delta Global Services on assignment with New South/McCarthy Synergy Cargo at Hartsfield‒Jackson Atlanta International Airport. He quickly established himself as an innovative thinker, developing a cargo delivery method introduced into the operation that reduced downtime and increased on-time delivery efficiency without compromising safety. Snowden’s interest in aviation was piqued at the age of 12 when he enrolled in the Aviation Career Enrichment Academy. The flexibility that staffing provides allows him to pursue his dream of becoming a commercial pilot. As a pilot-training student, Snowden is a member of a flight club, continues to be an academy instructor, is a mentee for a vice president of a major airline, and logs as many flight hours as possible.

Before connecting with Parker Staffing Services, a Jackson Healthcare company, Dorny was challenged to find employment after leaving a job to take care of a new baby and her fiancé, who was recovering after a health crisis. A recruiter at the staffing firm immediately recognized Dorny’s potential and provided coaching and guidance that helped her land a temporary executive assistant role at Omeros Corp., a biotechnology company in Seattle. Dorny lived up to her potential and bridged to a permanent position within two months on the job. Today, her fiancé is getting back on his feet, their baby is healthy, and Dorny is grateful to have found a position with a progressive and supportive company.

Martin, a brand manager, began working as a contract employee with LaSalle Network when his previous position was eliminated after a company restructuring. He was interested in staffing for the flexibility to allow him to have more control over his schedule and a better work‒life balance. Since making the switch to contract work, Martin has been able to find the challenging work he wants and dedicate time to his passions: writing (he co-wrote a historical book), restoring historic houses, and traveling with his husband. He has been placed on multiple assignments with one LaSalle client, ACH, a consumer goods company in Chicagoland. He also has worked with the same recruiter during his tenure, who says the two are “true partners in their working relationship.”

“During the past year, nearly 15 million people contributed to our nation’s productivity by providing their talents and skills to businesses as employees of staffing, recruiting, and workforce solutions firms,” said Richard Wahlquist, ASA president and chief executive officer. “ASA salutes Brittney Bourgeois and all of the National Staffing Employee of the Year sector All-Stars as shining examples of staffing success, and looks forward to celebrating the contributions of these honorees and the millions of temporary and contract employees during National Staffing Employee Week.”

Bourgeois will be formally honored and celebrated by staffing industry professionals from around the country on Oct. 25 at a recognition ceremony during Staffing World® 2017, the ASA annual convention and expo, in Chicago.

The National Staffing Employee of the Year program is sponsored by ASA corporate partner CareerBuilder.

To learn more about the National Staffing Employee of the Year and National Staffing Employee Week programs, visit americanstaffing.net, or follow ASA on Twitter (@StaffingTweets) and Instagram (@americanstaffingassociation) using the hashtags #NationalStaffingEmployeeoftheYear, #NationalStaffingEmployeeWeek, or #StaffingStars.