Training With a Twist 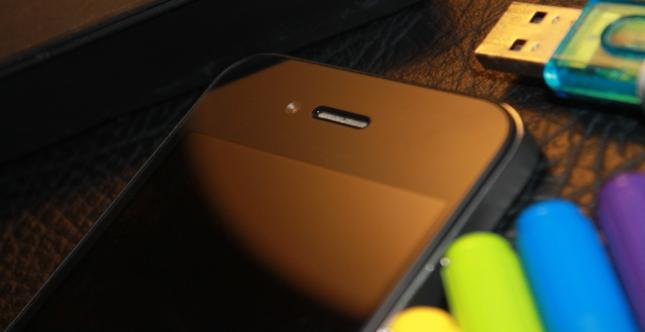 What if I told you that some of the best training you’ll ever receive as a recruiter might be free? Sound too good to be true?

There’s no doubt that the training offered by today’s top industry trainers is valuable and can do a lot to improve the productivity of your desk. People like Jeff Skrentny, Greg Doersching, Barb Bruno, Doug Beabout, and Bob Marshall are just some of the excellent trainers who have helped countless recruiters across the country real their goals and ambitions. That, of course, involves more of a formal training atmosphere. What I want to talk about in this article, though, isn’t formal training. It’s more of training with a twist.

Through this type of training, I mean information that you gain by talking with other recruiters, either face-to-face or over the telephone. This exchange of knowledge and ideas between recruiters who have been in similar situations and who have experienced similar things often provides information that’s crucial to enhancing their careers. When you boil it all down, the theory is very simplistic: if you want to know the answer, ask somebody who’s been there before.

Let me count the ways
There are a number of ways in which you can create different training opportunities for yourself. Not everybody works a desk or interacts with people in exactly the same way. As a result, it’s not logical to assume that everybody learns in the exactly the same fashion, either. However, that being said, it’s up to each individual recruiter to discover what works best for them. Below are some of the ways in which to take advantage of informal training opportunities.

A perfect example
Matthew Bruns of the North Peak Group in Lakewood, Ohio, was intrigued by the idea of having an accountability partner. He knew that some industry trainers offered such services for a fee, giving recruiters a call on a regular basis to hold them accountable for their production and their activity. Bruns, a Preferred Member of Top Echelon Network, thought it would be a good idea to forge an accountability partner relationship with another recruiter in Top Echelon.

So in February of 2003, Bruns utilized the Network Discussion Forum, posting an inquiry asking if anyone would be interested in forming an accountability alliance, one in which he and another recruiter would hold each other accountable for reaching their stated goals. It just so happens that another Member was interested. Donna Carroll, CPC of Systems Personnel (MA32) in Tolland, Mass., decided to take Bruns up on his offer.

"I called him and asked what he had in mind," said Carroll. "He said he just wanted somebody he could be accountable to. I thought it was a great idea, and we’ve been doing it ever since."

According to Bruns and Carroll, the two of them discuss many things during their Monday morning telephone conversations, which typically last about 15 minutes. Everything work-related that they talk about, however, is geared toward making them more efficient, more effective, and more productive.

"We go over our accomplishments from the previous week," said Carroll. "We talk about why we hit our goals or why we didn’t, and we talk about our goals for the coming week. We also look at a lot of different criteria, such as the new job orders, submittals, and interviews we had during the week. Our focus is usually on either marketing or recruiting. When we’re light on job orders, we focus more on marketing. When we have a lot of job orders, we focus more on recruiting and increasing our number of submittals to clients."

"We talk about what our current pipeline of deals is and what our current hot job orders are," added Bruns. "We review the past week and look at our plans for the coming week, whether it’s developing new clients or recruiting candidates for job orders. In the process, we do end up working each other's job orders sometimes."

So does this accountability partnership work? It does, and on more than one level. For one thing, Bruns and Carroll don’t allow themselves to slack off during the week. They both know in the back of their minds that they’re going to have a phone call on Monday morning, a call during which they must disclose details about their productivity (or lack thereof). Neither of them wants to make that call empty-handed.

"I think it definitely helps to motivate me," said Bruns. "Sometimes I think to myself, ‘I have to have something to report to Donna on Monday."

And neither one of them is shy about actually holding up their end of the accountability deal. If they get on the phone on Monday and one of them has some not-so-productive news to report, the other one does their job. In other words, they hold the other one accountable.

"This has been a good partnership," said Carroll. "When you’re working by yourself in your own office, it’s good to report back to somebody. When one of us is slipping, the other one gives that person a friendly kick in the rear."

Bruns agreed that without the threat of a "friendly kick in the rear" looming on the horizon (and in his telephone’s earpiece), it would be much easier to procrastinate. But with Carroll there to hold his feet to the fire, the ease factor involved in goofing off is greatly reduced.

"We’re both one-person operations, so it’s nice to be able to talk to somebody else," said Bruns. "It’s easy to put off the planning and think, ‘I’ll do it another time.’ But when you know you have that call Monday morning, you want to be ready for it and have something together."

From accountability to bank account
Bruns and Carroll’s business relationship didn’t end there, though. After becoming very effective accountability partners, it shouldn’t be surprising that they eventually became successful Trading Partners. After coming close to making a Network split placement on a number of occasions, they finally hit pay dirt in February of last year when they placed a Vice President of Sales and Marketing. The two of them split a fee of $38,750—the largest fee that either of them has split in the Network. Bruns had the candidate and Carroll had the job order for that placement.

"Over the last few years, we’ve had several near-placements that didn’t go through for different reasons," said Carroll. "This last one that we had was the biggest placement that either of us has made in the Network. The great thing about our partnership is that we share everything about each other’s clients. That’s helped us from an accountability standpoint, and it’s also helped us with our recruiting relationship as Trading Partners."

It’s been three years since Bruns and Carroll began their accountability alliance. Since that time, they’ve both been quite successful in the Network. In fact, Carroll has made 18 placements in Top Echelon during that three-year span. It’s obvious that forming this alliance has helped them both to close more deals and make more money.

As a result, Carroll and Bruns’ Monday morning phone calls will continue for the foreseeable future. When a partnership and a relationship is working as well as theirs, why stop?

"I look forward to that call every Monday," said Bruns. "I think it’s a great way to start the week."

Keep in mind that these are just some of the ways in which to take advantage of the different forms of training. There are others, but these are the ones which we believe work the best. The key to remember is that the more you talk with other recruiters, either on the phone or face-to-face, the more you’ll learn and the more your business will benefit. Success in this business is all about relationships, and sometimes you’ll be surprised at how they can benefit you.