What The Ukraine War Is Telling Us 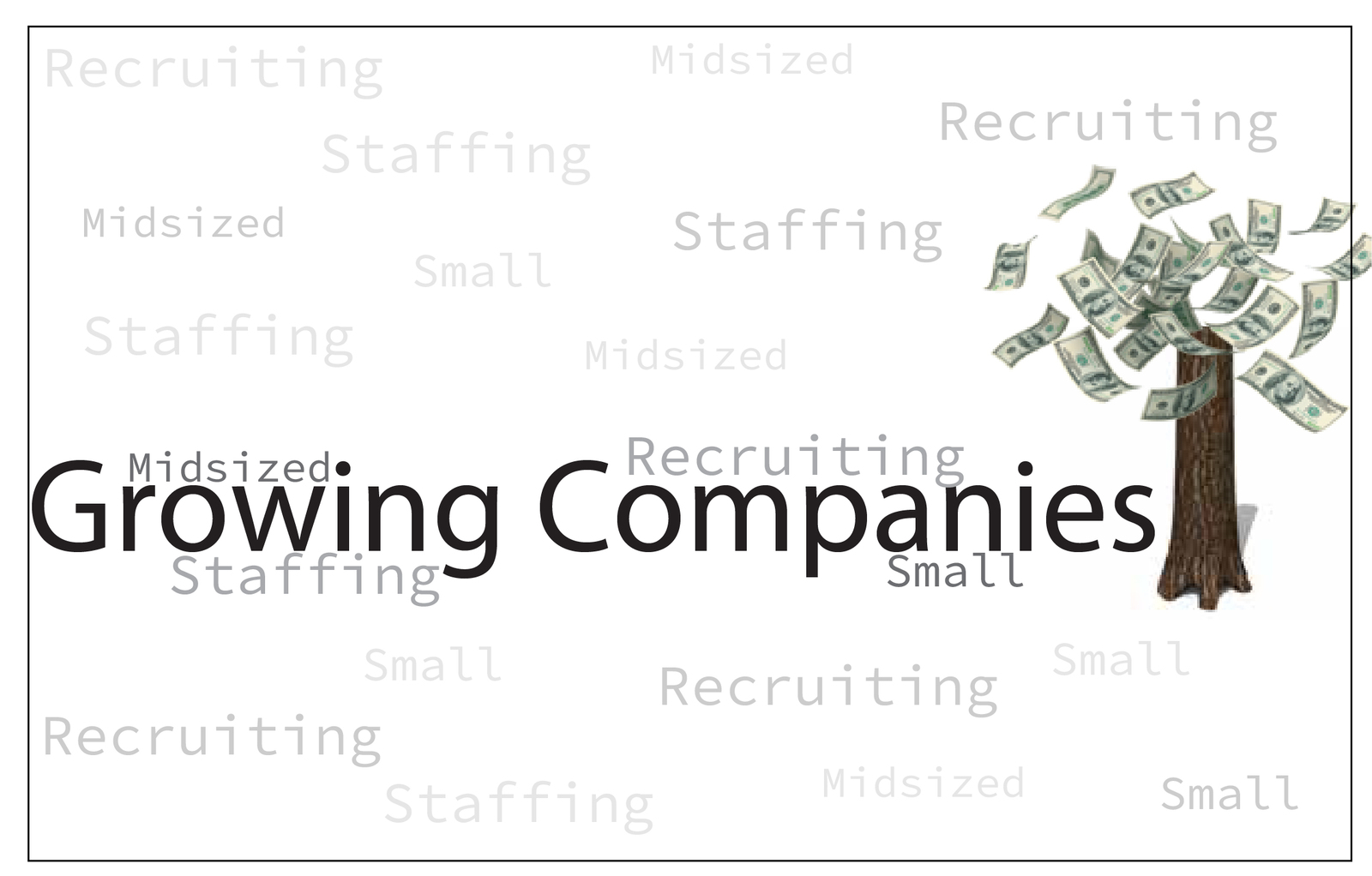 There is a lot to tell here and what that means for you and your company. We will just deal with five areas here.

AGREEMENTS YOU RELIED UPON MAY MEAN NOTHING. After the Soviet Union collapsed, Ukraine was told that if they gave up their vast stock of nuclear weapons, that they would have a security guarantee under the Budapest Memorandum underwritten by the Western powers. Well governments change and those guarantees were more loosely interpreted, and it was not a legal binding contract. This, where you could go to court to get that contract enforced. And the Ukraine was not provided membership in NATO as a substitute, where an attack on one member state was considered an attack by all so they were either naïve to trust an agreement without binding remedies. And here is the world now at a precipice. And it’s not that the West isn’t providing vast amounts of help to Ukraine, but it’s not the same as being in NATO, where other countries are fighting alongside of you.

SO, WHAT DOES THIS MEAN FOR YOU AND YOUR COMPANY? As we noted in a recent article “Trust But Verify”, make sure you do not trust, but have checks and balances in place. For without binding legal remedies, do not rely on promises that aren’t legally binding and whomever you are dealing with and have the resources and capability to deliver without a protracted legal battle that you can’t afford or time to litigate. Then there are risks that can be foreseen but dismissed. I worked with a client who was almost bankrupted after hiring away key employees from a competitor with deep pockets, even when there is no legal basis for a claim against your company. The other company almost forced them into bankruptcy by having to defend themselves with high priced attorneys. The moral of the story is not to anger an eight-hundred-pound gorilla.

WHAT YOU THOUGHT IS IN ONE’S BEST INTEREST, MAY BE WRONG. Many leaders thought that Russia would not invade Ukraine. This, after Russia invaded Chechnya, Abkhazia/Georgia and even taking Ukraine’s Crimea and Donbass region didn’t get much of a reaction, they thought the rest of Ukraine would be easy picking  and no one would interfere. But it was one step too many and too close for NATO countries for comfort. It finally dawned on them that this  reminiscent of Nazi Germany taking one European country after another until their overreach started WWII. What the world didn’t originally factor was Putin’s myriad of reasons for Putin’s for the invasion: a distract from a failing economy, Ukraine was only his first step in reconstituting the old Soviet Union, believing his army would conquer Ukraine in less than a week, threating the use of tactical nuclear would freeze any help to Ukraine, etc. NATO originally failed to appreciate these factors and allowed Putin to think he could succeed with little resistance. NATO initially underestimated the magnitude of the problem and its unintended consequences like the millions of refuges that would pour into their countries, that they could be the next victim, a break in a new supply chain of the Ukrainian wheat harvest, etc. And they finally realized and that this could lead to WWIII, and appeasement never works. But many world leaders don’t learn from history.

SO, WHAT DOES THIS MEAN FOR YOU AND YOUR COMPANY? People and other companies often have different agendas then what you have; recognize that. A candidate for a position in your company may just want to get a job offer from you to leverage that with their current employer to get more money. A competitor or new entrant  to your industry may seem interested in buying your company, just to get inside information during the discovery or due diligence stage. This, to help themselves to your client base, financials, other vital data, your proprietary methods of doing business, finding out who your key employees are and trying to hire them away, etc. Having them signing a confidentiality document may not provide you with the protection you require. So, think so be very careful before as they say in “opening up your kimono”.

PLAN FOR THE WORST-CASE AND HOPE FOR THE BEST. NATO and Ukraine thought Putin was bluffing when he said Ukraine was really part of Russia and massed tank and artillery battalions and the boarder, sailing warships close by, having fighter jets  at the ready, etc. Well guess what, he wasn’t bluffing. and the war was on attacking Kyiv and trying to over throw Zelensky as Phase 1 of his plan which failed. Defensive equipment that was promised was slow in arriving. Yet, after seeing that Ukraine was doing quite well against the Russians and atrocities and war crime could no longer be tolerate more lethal weapons are making their way in. And as of this writing Zelensky has thwarted Phase I, but Phase II as to utterly destroy the eastern and southern parts of the country; which as of this writing Zelensky is so far holding their own. But the outcome is uncertain.

SO, WHAT DOES THIS MEAN FOR YOU AND YOUR COMPANY? As Satchel Page said, “don’t look back, as something might be gaining on you”, which simply  means just focus on what you need to accomplish, and wining, although this it is a bit overran overstatement. This, as you need to see what your competition is up to and looking over your shoulder in order to know what they are up to. Work on the assumption that your competition will try  anything to overtake you and may clandestinely plan to introduce a superior product or service, steal your top employees or clients, try somehow to sabotage your company, place false rumors about you, etc. So up your game by getting feedback from your clients, staff, and others about what your competitor are doing in gathering intelligence on what they are planning.  Then counteracting their moves before they can institute them or practicing one upmanship by not only obstructing their effort but going on the offence and proactively doing the same to their clients, staff, and reputation as deemed necessary.

PEOPLE MAY BE MORE CRUEL THAN YOU EVER EXPECTED. War crimes upon civilians and utter lack of human compassion and civility can now be documented in real time by Russia’s actions in Bucha, Mariupol, and other Ukrainian cities. People with access to independent news who have looked the other way at the start of the war are compelled to recognize torture and brutality that has been perpetrated by Putin’s military and his mercenaries on civilians and the military captives alike.

SO, WHAT DOES THIS MEAN FOR YOU AND YOUR COMPANY? There are owners and managers of companies who exercised cruelty in less conspicuous ways. Whether it a deficiency in one’s character and making a profit in any way possible, your company’s misdeeds can be exposed if you look the other way, or these acts are simply part of the company culture. In high tech companies where the phase “do no evil” has not exactly been always practiced, when profits and market share are at stake. Then there are the Madoff’s of the world who not only bankrupted thousands of people but because of the harm they did to others unintentionally resulted family members committing suicide. Enron’s Lay and Skilling manipulated their books and hyped their stock, to even their own employees who lost everything. I haven’t even  discussed what oil and tobacco companies have wrought. There are simply too many people, companies, and institutions to name and address their misdeeds. Do you want to risk everything and be morally and financially culpable of terrible and even heinous things even if the odds of being caught are low?

UNFORESEEN CONSEQUENCES CAN RESULT FROM EVENTS. Putin enriched himself and his friendly Oligarchs to the point of where they could not spend all of their ill-gotten riches to the mind-boggling extravagance of buying billion $ yachts. The problem was that a good portion of that money was skimmed off the top of funds for almost every project or investment. This led to the poorly trained troops and officers who were unprepared to fight a war with inferior equipment that proved to be easily defeated. Russia had to resort to mercenary armies to replace cannon fodder conscripts.

SO, WHAT DOES THIS MEAN FOR YOU AND YOUR COMPANY? There is no substitute for hiring the best people  which can also help you deal with unforeseen events.  Reinvest your retained earnings and free cash flow into business instead of dividending these funds to get through these events. Don’t sacrifice the hard work you have done to build  your company. Unforeseen event includes ramifications from: further breaks in the supply chain; inflation in areas which has not been yet impacted; not having checks and balances to provide oversight of the actions of your staff; be on top of new legislation, scams, and security breaches; possible impact of climate change on your business; new COVID variants that can impact your staff and operations, etc.