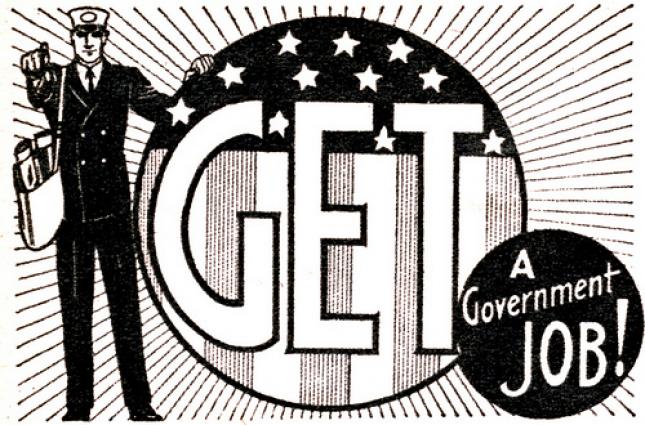 The greying of the federal-government workforce could soon create a hiring crisis as a large swath of older workers retires in the coming years and a new generation declines to fill the breach.

Simply put, most young people who are in job-search mode tend to look elsewhere, finding no motivation to vie for federal government positions that may strike them as more dreary than dazzling.

“Millennials want to work some place that seems cool, like Google, or at least for a company with a recognizable name,” says Ann Vanderslice (www.annvanderslice.com), president and CEO of Retirement Planning Strategies, which specializes in advising federal workers about their benefits.

“Not that the federal government isn’t a recognizable name. But it just seems bureaucratic to them, with lots of rules and structures.”

The nonprofit group Partnership for Public Service reports that just 7 percent of federal government jobs are held by millennials, even though they account for 23 percent of the overall U.S. workforce.

In addition to preferring less-bureaucratic employers, millennials also are dissuaded by the online system for applying for federal employment, a website called USAJobs. Vanderslice describes USAJobs as a “hornets nest” of an application system.

“It’s very cumbersome,” she says. “They get lost in it. And then, if you do finish the application, it can take six to nine months for the hiring process to play out. Most of them find other jobs in the meantime.”

But if they’re willing to persist, millennials could find that employment with the federal government is more desirable than they realize, Vanderslice says. Some reasons include:

• Advancement opportunities. Federal jobs come with an enormous potential to move up quickly because about 30 percent of federal employees are eligible to retire right now, and likely will be retiring in the next three to five years. They are holding higher positions that will suddenly open up, Vanderslice says. That means some young people who start at one of the entry-level positions could be making more than $80,000 in just three to five years.

• Benefits. Federal employees enjoy exceptional benefits compared to many other workers. Not only do they have health benefits and paid holidays, they also have both the Thrift Savings Plan, a 401(k)-style plan, and a pension, something few private companies offer anymore. ”Millennials, unfortunately, often don’t understand the value of that,” Vanderslice says.

• Having an impact. Studies have shown that millennials prefer jobs with a purpose beyond making money. Employment with the federal government can provide just the opportunity they are looking for to make a positive difference in people’s lives.

“Not only would millennials benefit from joining the federal government labor pool, but the government would benefit, too,” Vanderslice says. “Millennials could bring with them some of that youthful enthusiasm. They also tend to be technologically savvy. This is a potential match that would work well for both the employee and the employer.”