Why Recruiters and Recruiting Firms Fail... And How Not to Be One of Them! 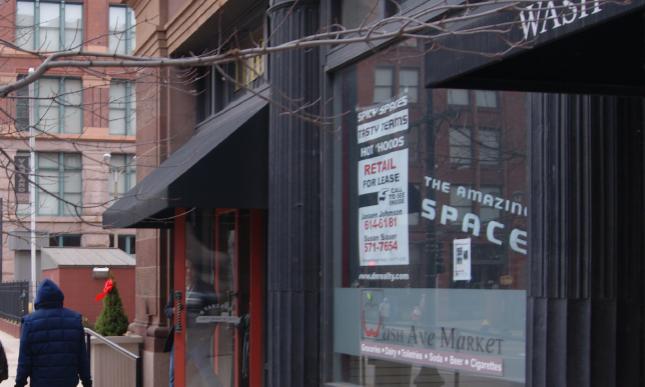 In any walk of life, in any business category fewer than 5% of the owners create extraordinary incomes, wealth, security and independence. Another 15% do well, and the other 80% flounder and are frustrated for life. In their hearts, in a dark corner of their soul, those 95% know they could have done significantly better, most even regret not doing what they KNEW they could have done at the time to vault their success into the top 5%.

I have spent over 20 years running my own successful recruiting firm and the last few years coaching and consulting other owners on maximizing their success by doing the right things at the right times. The trait giving the most striking distinction between the mediocre majority and the high achieving minority is this: the most successful, the top 5% stick to things despite all negativity and adversity, the others to one degree or another give up easily, flit about their days randomly, and are easily distracted. The mediocre waste all their years looking for the "easy" button, the silver bullet, or the "magic" solution. The top 5% find winning strategies and stick to applying them long after their competitors abandoned them.

Jack Canfield, author of Chicken Soup for the Soul and the series of related books invested years of his time visiting with dozens of publishers. He was summarily rejected by all of them until eventually his idea was published. He didn't quit. He persisted. He refined his product, refined his approach and is now, after over 80 million books sold, is recognized as one of the greatest authors of success oriented books ever.

No disrespect to Jack, but there must be better authors who did better research on the science of success that are still buried in anonymity. The difference is NOT talent. I have hired some of the most talented people in my geographic area as recruiters. Most of those who I thought would have been my next big billers failed. I have found talent to be the most overrated of all traits, less likely to lead to success than most traits.

By comparison, staying stuck like glue to an objective; acquiring the needed know how at any cost; refusing to take no for permanent answer, fighting, scrapping, studying, figuring things out one piece at a time, then the next one; THESE behaviors are behind the true stories of the most successful.

Sadly, most people and recruiters don't stick. Their grade on their business's report card is "incomplete". They have great ideas that they stopped implementing when the monotony of extended implementation set in. They don't make the calls they know they need to make because they perceive the market is off and then complain, after NOT making the calls, that "no one is hiring."

The reasons for a lack of execution are varied. Some are psychological, some emotional and some circumstantial. I won't get into psychological, ‘cause I'm a business person and not a doctor. On the emotional side one of the things I find MOST common in those struggling to execute is a lack of a clearly defined vision for their business and their life. This means, by default, that all they are working for is in the moment with no defined long term pay-off. They do not connect today's work with tomorrow's accomplishment and freedom.

Circumstantially, people allow themselves and their time to be ruled by other's priorities, others schedules, others incoming emails, etc.

At the worst, some are simply lazy. Too many lust for rewards without personal responsibility. They envy the successful. Yet instead of study the habits, traits and strategies of the successful, they think of him or her as "lucky" or that somehow their own situation is different.

Lastly, the biggest mistake is to believe that the top 5% or even the top 20% were born this way. There is simply no evidence for this. How many "C" students and drop out stories have we read about where that person took the lessons from those early failures and made the necessary changes to become wildly successful? These stories are ALL OVER the place. Success is LEARNED.

Hey, I'm one of them. I opened my office in 1990 and a year later I was within a few hundred bucks of going out of business. I had no cash, had used all of my line of credit and had no receivables. I will also confess that I created that situation by not doing what I needed to do. I did right the ship and became "average", which was much better than being poor, but I still wasn't doing what I was capable of and I knew it.

That changed in 1998. That summer I determined I would do what was necessary and study what was needed to become wealthy and one of the best recruiting offices in the country. Two years later I was!

Here is what I learned. Successful pursuit and achievement of exceptional objectives involves three key elements:

Your first module will be emailed instantly and you will learn strategies you can implement immediately to build a search firm generating several million in revenue from some of the simple mistakes made and witnessed by author Michael Gionta in his 19 years building his own multi-million dollar firm. Additionally, Michael is sought out by recruiting firm owners who have plateaued and want to break through to the next level of revenue and success.