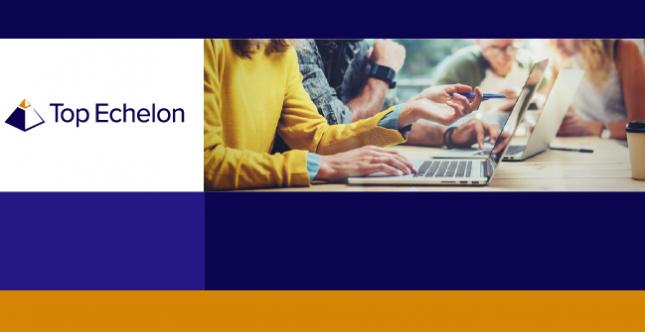 If you’re a recruiting agency owner who makes contract placements and runs your own back office, there’s a good chance that you’re classifying the contract candidates that you place as independent contractors.

Your ability to do so may soon be restricted. This is especially the case if you operate a recruiting business in certain states.

One of those states is California, and what happened recently in The Golden State will more than likely have far-reaching implications throughout the rest of the country.

Earlier this year, the California Supreme Court issued a ruling that makes it more difficult for employers to classify their workers as independent contractors. The ruling was the result of a class-action lawsuit against Dynamex Operations West, a package and document delivery company (Dynamex Operations West, Inc. v. Superior Court).

What does that mean? A lot of things, including penalties, fees, and fines for the misclassification of workers.

It also means that this ruling does not begin and end with businesses such as Dynamex. It also extends to recruiting firms that place contractors at their client companies and classify those placed candidates as independent contractors and not W-2 employees.

And THAT means recruiting firm owners who are running their own back office and misclassifying workers are also at risk for incurring penalties, fees, and fines.

Let’s look at some of the questions you may have regarding this issue.

#1—What are the specifics of this ruling?

What is going to determine if you are, indeed, misclassifying your contract workers? The California Supreme Court decreed that the “ABC Test” should be used to determine correct classification. In order for a worker (or contract candidate) to be properly classified as an independent contractor, they must meet the following three criteria:

(B) The worker performs work that is outside the usual course of the hiring entity’s business.

(C) The worker is customarily engaged in an independently established trade, occupation, or business of the same nature as the work performed.

So this means that if a worker can not pass all three aspects of the “ABC Rule,” then they should be classified as a W-2 employee and NOT as an independent contractor.

#2—But I don’t operate my recruiting agency in California, so what do I have to worry about?

The fact of the matter is that this is a rapidly growing trend in the world of employment. More states are addressing it with each passing year, so it’s only a matter of time before your state legislation joins the crowd. There are currently two other states that restrict the ability of employers to call workers independent contractors. Those states are Massachusetts and New Jersey.

However, there are other states that are currently addressing this issue in other ways. Although they may not be taking as hard of a stance as California, Massachusetts, and New Jersey, they are taking a stance. Those states include Colorado, Connecticut, Delaware, Illinois, Maine, Minnesota, Montana, New York, North Dakota, Pennsylvania, and Wisconsin.

If you operate a recruiting agency in one of these states, do you know what your state’s stance is regarding the classification of workers? If not, this would be the opportune time to find out.

It would be a mistake to assume that just because you work in the recruiting and staffing industry that you are somehow insulated from the implications of this ruling. If you conduct business in the state of California, there is no insulation from the implications of this ruling. The California Supreme Court has made it crystal-clear what constitutes correct classification of workers and what constitutes misclassification of workers. And when there is misclassification, there will also be penalties, fees, and fines.

#4—What if the worker requests that they be classified as an independent contractor?

Their request has no bearing on how they are classified. The “ABC Rule” ultimately determines classification, not the request of the worker or the whims of the employer. In the Dynamex case, the California Supreme Court ruled that the intent of public policy in protecting workers is a central consideration in determining how those workers should be classified.

In other words, California is making it a priority to protect workers as much as possible . . . even if that means protecting those workers from themselves.

#5—What can I do if I’ve been misclassifying my contract candidates?

The good news is that there are options. One of them is to start classifying workers correctly by applying the “ABC Rule” to all of the candidates that you place on a contract basis. However, that might cause more problems than it solves if your business is not set up to be a W-2 Employer of Record. When you classify workers as employees and not independent contractors, that means you become the W-2 Employer of Record. It’s another way of saying that your firm is the legal employer. However, as you might be well aware, there are all sorts of paperwork that accompanies becoming the legal employer. (Which might have been the reason you were classifying your contract candidates as independent contractors in the first place.)

Another, more palatable option, would be to outsource the W-2 Employer of Record duties to a back office service provider. That way, the back office assumes all of the legal, financial, and administrative responsibilities associated with employing the contractors. In other words, they are responsible for being compliant and you are not. You don’t have to worry about legal liability. All you have to do is worry about cashing placement checks. And that’s a lot more fun than battling your state legislation, the Internal Revenue Service, and everybody in between.

Top Echelon Contracting has served as a back office solution for the recruiting and staffing industry since 1992. We can become the W-2 Employer of Record for your contract candidates, assume the responsibility and liability as the legal employer, and allow you to focus more on what you do best—recruiting.

The Dynamex court decision is just one in a long series of events that proves the issue of worker misclassification is not going away. Not only that, but it’s only going in one direction: where an increasing number of workers are classified as W-2 employees and NOT as independent contractors.

For more information about the services that Top Echelon Contracting provides, visit www.topechelon.com/contracting or call 888.627.3678.