Factoring Luck and Chance into the Transition Process 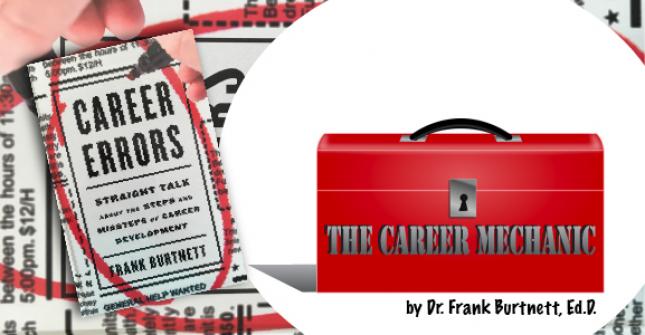 The odds of a staffing professional knowing one, two or multiple candidates in their professional experience who were the beneficiaries of “good karma” when it came to their employment transition are higher than one might suspect. Whether you call it luck or happenstance or chance, there are seemingly unexplained forces that often work for (and against) the individual seeking to move into or about the world of work. Also worthy of consideration is the fact that job seekers and changers may also be accident beneficiaries---like being at the right place at the right time.

A quote from entertainment mogul Oprah Winfrey offers a valuable assessment of the role which these factors play in our lives, including when one’s personal job acquisition and change seems to be influenced by them. Ms. Winfrey offered this: “Luck is a matter of preparation meeting opportunity.” Succinctly stated, an opportunity might work in one’s circumstances and it might not even appear on the radar of another. If the former, it might be viewed incorrectly as being a stroke of luck or chance.

Your author once served as the chair of a committee of a national organization, a role which resulted in my being the recipient of an announcement by that organization of the acquisition of a federal grant and need for a project director. Six of the 25,000 members of the organization were alerted to the open position. Seeing the position as a positive step in my career, I applied, got the job and set in motion a four decade career of working for and with professional associations.

Was it luck or chance? I’d like to submit that I was in an intersection (committee membership) that worked to my personal career advantage. Active and passive job seekers can maximize similar exposures throughout their work experiences and especially during desired times of transition as one can never predict when those intersections are going to produce a lightning strike.

Search and Staffing Professionals as Pathlighters

Successful search and staffing professionals should view their roles at “pathlighters,” individuals who open gates and light paths consistent with the personal attributes and experiences of the candidates they are seeking to serve. Pathlighting affects candidates in different ways. The candidate possessing attributes (i.e., knowledge, skillset, experience, etc.) that can be easily conveyed to and identified by prospective employers is your dream candidate. Candidates not possessing these characteristics will require enhanced guidance and transitional coaching. Knowing what candidate needs exist and how best to meet them will make the entire transition process more productive.

As pathlighters, search and staffing professionals provide maps and GPS-like assistance to guide each candidate into new and different environments (i.e., employers and employment setting) where these may or may not find attractive career opportunities and options. Each prospective juncture takes the form of an intersection with the undeniable conclusion that an accident will not occur in the candidate is not in an intersection. Think about the countless numbers who passed through the same intersections for whom accidents didn’t occur. Maybe accidents aren’t as accidental was we might believe.

Paving the Path to Placement

Career paths are seldom a slick, well lit and paved superhighway to a better place. Often they are beset with turns and hills that must be negotiated and the occasional obstacle (i.e., pothole) that requires special attention by the candidate in order for her or his goal to be achieved. Tom Freston, veteran media executive at such firms as MTV Networks and Viacom, hit the nail on the head when he offered the thought that career pathways are “almost always a clumsy balance between you attempting to make things happen and the things that are happening to you.

Search and staffing professionals must be vigilant in their support of candidates making good things happen and their being able to react positively and appropriately when things happen to them. Then if luck happens to come into play---it happens under the best of conditions.