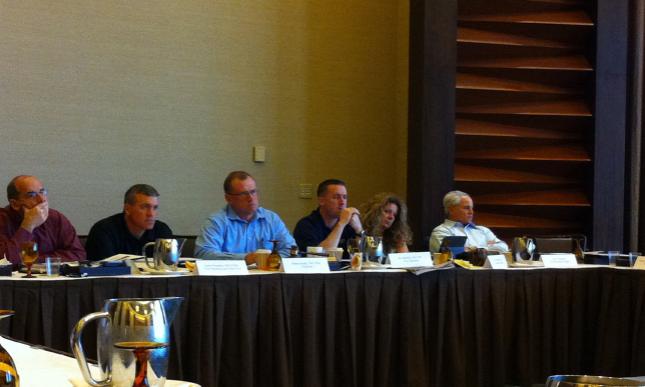 During my executive search career, I have had the pleasure of interacting with many CEOs and senior executives. Certainly different personalities and management styles can make or break an organization. Some executives have been focused, dedicated and committed to the success of their companies.  Some have been outspoken, egotistical and high-demanding leaders that still couldn’t lead a mouse to cheese. There are three CEOs that I have worked with and have come to know personally for close to a decade or more that fall into the former category. I wish to highlight their background and the key common leadership traits that have proven to be most effective for these gentlemen.

The first CEO is Daniel G. Klein, the Chairman, CEO and President of KleinBank with headquarters in Chaska, Minnesota. Dan has provided leadership and guidance to this 100 year old family owned bank, growing the organization into a multi-billion dollar, privately held bank. The vision for KleinBank is to inspire people to make their financial dreams come true. The mission is to exceed people’s expectations by proactively helping them determine and achieve their goals. KleinBank continually strives to provide a learning environment that promotes personal and professional growth. KleinBank employees strengthen the communities in which they serve by giving in their time, talent and resources and help to preserve, promote and enhance the reputation of the company. Over the years, I have seen Dan take the high road on various issues because it was the right thing to do in keeping in line with the core value of integrity, which is their foundation. Excellence is taking responsibility to exceed expectations. Teamwork is knowing when to ask for help and when to offer help. Change and innovation is vital. KleinBank seeks continuous improvement in everything they do. Dan has two brothers (Jim and Alan) at his side, and all decisions are discussed, thought through and after consensus, the message is delivered. Often times, all of the employees are given the opportunity to provide input for change, keeping in mind that the ultimate goal is providing better service to their customers. The mission and the cores values are not just for show or words on the wall; they are ingrained and practiced in the daily lives of all KleinBank employees.

Bernard G. Glossy, the CEO of Delta Dental of Arizona in Phoenix, Arizona, is someone that I placed as the result of a national executive search I conducted in 2001. From the moment I met him, I knew that Bernie was going to be the candidate of choice. Bernie came to Delta Dental from Verdugo Hills Hospital and Health System in Glendale, California, where he was responsible for the overall operation of the $160 million facility. Verdugo Hills was awarded the distinction of being named one of the top 100 orthopedic hospitals in the nation. Bernie’s career encompassed 25 years in the healthcare industry, the last ten of which were spent at Verdugo Hills. He had held executive positions at California’s Centinela Health System and Medical Center, Contra Costa County Hospital, Valley Medical Center, Montgomery Ryland, Inc. (specializing in turnaround and consulting services for hospitals and health systems) and New York’s Jewish Memorial Hospital.

As a Fellow of the American College of Healthcare Executives (FACHE), Bernie has shared his vast knowledge while serving as a member of numerous associations, including the American Academy of Medical Administrators, Health Care Executives of Southern California, Glendale College Healthcare Advisory Committee and the Glendale College Foundation. He has lent his leadership skills to various organizations while serving as Delta Dental CEO. He currently serves as Chairman of the Board for the John C. Lincoln Foundation in Phoenix and Chairman of the Delta Dental of AZ Foundation and Delta Dental USA Chairman. Bernie is a one-of-a-kind natural leader that works hard at it and gives the appearance of boldness and of grace at the same time. He never forgets his old friends or current friends, and to him a stranger is a friend that he just hasn’t met yet.  His leadership style is admired by many others in the greater Phoenix area for making things happen. Everyone knows Bernie.

Norm Stoehr was the CEO of Inner Circle International, with headquarters in Minneapolis, Minnesota. Inner Circle was started in the 1980s by Norm, an entrepreneur who has begun 14 businesses in three industries. Some of these businesses were soaring successes, some not. In the early 1980s, he helped set up an advisory program for entrepreneurs in the Twin Cities. At each Inner Circle meeting, one member gives a detailed presentation on his or her business or vision and receives pointed, intelligent, outside-the-box feedback. In a group of 12, the intense review takes place once a year. In the rest of the typical sessions, the other members briefly discuss what’s going on in their business and their lives, whether it’s installing a new computer network, landing a new customer or getting married. Inner Circles have a special aura and for many members, belonging to one is a transformational experience. I was a member for many years, and although it’s been over 10 years since I left Minnesota, Norm and I are still true friends that make a point to see each other several times a year and talk by phone regularly. His guidance and understanding have changed many lives.

The common leadership traits that Dan, Bernie and Norm have are:

Lastly, they all have passion for the game of golf.  They know the latest in golf news from around the world. They are competitive, I have fun when we play, and they all know when to give someone a “gimme”.  All of this leads up to why I consider them to be my personally admired CEO’s.